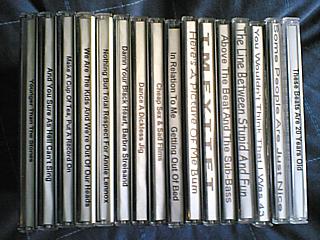 At least one of the links below tells you the full story, so I won't go through it all again. But in brief: since 1982, I've been producing an annual series of Pick Of The Year compilations, collating my favourite tracks from that year's music releases. From 1982 to 1989, they were gargantuan twin-tape affairs: between 1993 and 1997, they were single 90 minute cassettes: and since 1998, I've been burning them onto CDs. (I didn't make compilations at the time for 1990-1992, but two decades later I created some CD-length ones as a best-guess approximation with the benefit/hindrance of hindsight.)

1998 was the year that I started writing about these compilations on the interwub, as they were being produced. The years before then have been subsequently been documented on this site, with a lot of ironic pointing and laughing at the sort of junk I used to listen to. Put all that together, and you've got a hefty collection of tracks covering my musical interests from 1982 to the present day.

And thanks to YouTube, you can hear most of them right now. The playlists below aren't complete, inevitably: some artists are less happy than others about letting their product be heard for free. But the vast majority of the songs I've chosen are there in some form or other - from official record company videos, to slapdash fan-made tributes consisting of a single still image with the song playing over the top. (I guess my own Felix Project videos fall somewhere in between those two stools.)

Anyway, you've got a couple of days' worth of music here that I've liked at one time or another. And I'll be updating this page each time I produce a new POTY compilation. Enjoy.

For those of you who don't want to look at videos, there are also Spotify playlists available for each year, although many of them have at least one track missing. See the relevant pages covering the years 1982-1989, 1990-1999, 2000-2009 and 2010-2019. And if you make it all the way to the bottom of this page, you'll be rewarded with a single 739-song, 59.5 hour playlist of the whole damn lot (though the widget only displays the first hundred tracks, the coward). 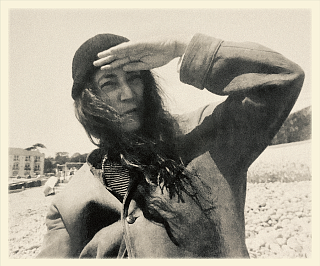