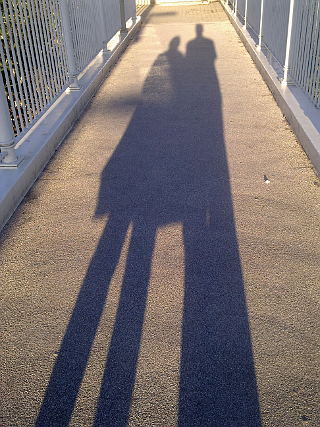 This site has never shied away from celebrating big anniversaries. And this, to be frank, is probably the biggest. Because in June 2021, The Belated Birthday Girl and I are marking twenty years of doing that thing we do. I know, I know.

For some time now, we've been trying to work out: how would we commemorate our twentieth anniversary? For a while, we were considering a return visit to Hong Kong, winner of the Funnest Place On Earth award for the years 1993 to 2017 inclusive. Sadly, it's not really in the running for that award at the moment. Then, when our plans for our nineteenth anniversary fell through for covidular reasons, we realised that we could roll those plans forward a year to give us a rather spectacular setting for our twentieth. Those covidular reasons still remain, as you'd imagine, and we're currently planning to make that the setting for our twenty-first. Third time lucky, as they say.

In the end, it was a rollover booking from an entirely different holiday that helped us come to our decision: we'd spend our twentieth anniversary almost entirely in London. Because June 2021 in London had all sorts of interesting possibilities - the possible transition from the last stage of lockdown to a totally opened up city, leading to the various cultural hotspots of the capital slowly waking up again after many months of hibernation. We could take a week off work, and actually be part of that waking up process.

Over a ten night period, we may have taken that idea a little too far. Put it this way, this page is just going to be about the first five nights... 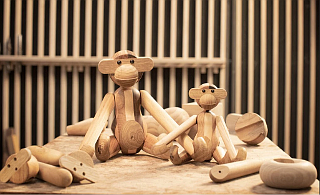 MONTH END PROCESSING FOR MAY 2021

Books: So it looks like for the foreseeable future, these monthly roundups will regularly start off with whichever audiobook has been soundtracking our bedtime hot drinks. (Until we manage to get out and see some Art, I suppose.) And for May, it's been Hungry by Grace Dent, apparently subtitled The Highly Anticipated Memoir from One of the Greatest Food Writers of All Time, which is a bit alarming. I mean, we enjoy Dent's restaurant reviews in the Saturday Guardian, sure, but that's pushing it. Apart from a blink-and-you'll-miss-it prologue (or whatever the sound equivalent of that would be), it's a straightforward chronological retelling of her life: growing up in a working-class home in Carlisle, discovering an unexpected family secret in her teenage years, moving to London with a vague plan to get into journalism, actually getting into journalism at a time in the 1990s when ridiculous sums of money were being flung at it, and ascending the ladder from Marie Claire to the Grauniad food pages. The changes in her lifestyle are mirrored by the changes in her palate, and she's sharp and funny on how food becomes a sort of alternative soundtrack to our lives. Although it seems like a heartless quibble on my part, I think that the narrative thread relating to her father's illness - which, to be fair, is literally foreshadowed in that prologue I mentioned - is a little too reminiscent of the way that one-hour Edinburgh stand-up shows now have to feature an injection of personal tragedy at the forty minute mark to be considered meaningful. It makes for a very uneven tone, as Dent still feels the need to keep the jokes coming throughout the darker final quarter of the book. These days, I think, we're all looking for something a little lighter before we go to bed.

Movies: Back in December, we went to the cinema to see Crock Of Gold: A Few Rounds With Shane MacGowan, Julien Temple's documentary about one of my favourite songwriters and alcoholics. Shortly after that, they closed down all the cinemas in Britain for five months. I'm assuming that the two events weren't related. They re-opened the picturehouses on May 17th, and in the two weeks since then we've been out to see five new films - all of which have been watchable online throughout lockdown, it's true, but we'd made the decision to save them for the big screen. Briefly, here's how that went for us. Minari: it's almost like someone spent several years reverse-engineering an Oscarbait film from all the tried and tested ingredients - immigrants chasing the American Dream, the dignity of agriculture, cute kids, dementia-riddled grandparents - and then twelve months ago suddenly realised 'hey, this year's winner had Koreans in it, can we get Koreans?' Godzilla Vs Kong: it's blindingly stupid, obviously, but if you see it on an IMAX screen it's the best and most entertaining kind of blindingly stupid. Judas And The Black Messiah: this, on the other hand, is an unironically great piece of work, with stellar performances by Daniel Kaluuya and LaKeith Stanfield, along with stylish direction from Shaka King. Ma Rainey's Black Bottom: some more top-notch acting, and obviously it's tragic that we'll get no more Chadwick Boseman, but even he can't get over the complete failure to turn August Wilson's stage play into a piece of cinema - as The BBG noted, the script hardly has any dialogue, it's all speeches, and somehow the few cutaways to the world outside the building where all the action occurs make it seem even more stagey. Sound Of Metal: I've no desire whatsoever to see The Father, so I'm just going to assume that Riz Ahmed was robbed of the Best Actor Oscar this year, with his emotional performance as a drummer losing his hearing getting a turbo boost from a brilliantly subjective sound mix (which did win an Oscar).

Music: With five months of 2021 behind us, what are the musical trends of the year so far? The latest Spank's Audio Lair playlist of Recent Tunes Of Interest has a couple of hot takes on that subject. Links to videos included below, for those of you who don't believe in Spotify.