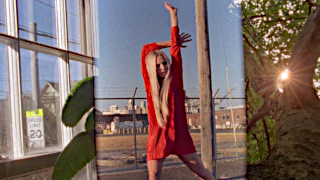 Go away, epileptics! There’s nothing for you here. Specifically, there’s nothing for you in Interconnections, part of the Film Festival’s strand for experimental shorts, Black Box. There are seven films in this collection, and two of them come with a warning about stroboscopic imagery, which apparently still counts as experimental even after all these years. Although you could argue that quite a few of the filmmakers here consider just shooting on celluloid to be experimental enough. In both cases, some of these approaches work, some of them don’t.

Probably the least successful film here is Laida Lertxundi’s Autoficción, which is one of those film’s built around a visual shorthand – largely consisting of scenes of LA life – which is left unexplained, while the characters depicted in it don’t hold any interest. The rest of the films at least make an attempt to engage with you. In some cases, you could argue there’s very little experimentation at all. Charlotte Pryce's Of This Beguiling Membrane is certainly an art film, with poetic narration and carefully layered images of nature, but there’s nothing in here that would frighten the horses. The same could be said of Julieta María’s Redbird And Other Birds, which is a conventional documentary about birdwatching intercut with a conventional documentary about piloting light aircraft, which finds a charming way of combining the two themes at the end.

Once we get into the really good films in this collection, we start encountering those experimental clichés of rapid-fire editing and exploiting the particular look of film, which makes me wish these shorts had got a big screen outing rather than being confined to the online player. Although there’s a risk that Peter Conrad Beyer’s LE RÊVE could send anyone into a fit with its 24-edits-a-second structure: still, I’d imagine it would be a blast in a cinema. You’d imagine from the title that Lynne Sachs' A Month of Single Frames would be similarly eye-buggering, but it’s a much more sedate piece of work. It refers to the time lapse footage shot by artist Barbara Hammer during a month-long retreat to Cape Cod, and Sachs sets up an interesting tension between Hammer’s films and journal of the time, and her reaction to revisiting them two decades later.

Tri-Alogue #4 is credited to three filmmakers - Caryn Cline, Linda Fenstermaker and Reed O’Beirne – and has a corking concept: three artists film one-third of an image on the same bit of film, without being aware of what the other two have done. If there’s a film in this set that’s aimed at people who geek out over the idea of celluloid, it’s this one, and I’m delighted by the implication that this is just one in an ongoing series. But if there’s one film here guaranteed to push all my buttons, it’s Simon Liu’s Signal 8, whose chaotic pileup of images of Hong Kong mixed in with unexpected bursts of calm is the perfect impressionistic portrait of what HK always feels like to me. The abstract soundtrack helps it enormously – I never knew I could feel so nostalgic for the bip-bip-bip sound of Hong Kong’s traffic lights. 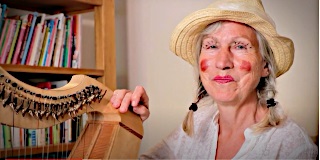 We take a break from the Edinburgh Film Festival to go to BFI Southbank for a non-festival screening of one of the ten greatest movies ever made don’t @ me. We come back to find that while we’ve been out, all the films on the EIFF online player that we haven’t started watching yet have gone. The thing is, the stated rules were that we had to start watching them before noon on Friday, but once we’d started we’d have till noon on Sunday to finish them. So we started the first short film in each of the two remaining programmes, assuming that would keep the programmes available for two more days. Wrong – the rule applies to each individual short rather than the programme, so only the two shorts we started watching are there now and everything else has been wiped. This is BULLSHIT and needs to be fixed before next year, please and thank you.

So, as our Film Festival is now officially over, and International’s online bit doesn’t appear until the autumn, we’re just left with the Fringe and the Book Festival to play with. The PBH Free Fringe, as well as putting on live events in curiously beer-free pubs, are also putting on virtual events in bars that have loads of beer for sale, such as BrewDog Lothian Road. Well, sort of: the programme listings include the disclaimer ‘this is a virtual show meaning that you can watch online. Please don’t turn up to this show in-person.’ Closer investigation suggests that for the first week of the Fringe, they were livestreaming shows out of the bar itself: but since then, prerecorded shows have been put up on YouTube with BrewDog effectively acting as sponsors. Or I might be wrong, and none of the events ever saw the inside of Lothian Road.

Anyway, this is a long way of explaining how we stumbled across Pauline’s Song Swap-O-Rama. Pauline Vallance admits upfront that the theme of her show – singing the words of one song to the tune of another – is directly lifted from I’m Sorry I Haven’t A Clue, and is intended as a tribute to one of its best players, the late Tim Brooke-Taylor. Accompanied only by her harp and a series of unexpected costume changes, she belts through a dozen or so songs in just over half an hour.

Seeing Pauline at work reminds me of the Fringe’s long-standing tradition of slightly batty musical women of a certain age. But don’t take that as an insult: Vallance is slightly batty like a fox. She delves into musical areas that ISIHAC would never touch: both Judas Priest and Half Man Half Biscuit are used as source material for this show. Part of the fun is when you realise from the first line that tune and lyric are a perfect fit: Clementine sung to the tune of Mack The Knife should explain to you what I mean. But when she’s taking songs with wholly incompatible metres – Common People to the tune of Scotland The Brave is the example that springs to mind – then the intricacy of her setting almost rivals what Gavin Bryars was doing with Edwin Morgan poems last night.

Vallance isn’t afraid to be a little cheeky, and the relish with which she sings Jilted John to the tune of Greensleeves is delightful: that final verse really hasn’t aged well, but she quite obviously doesn’t care. It looks like Song Swop-O-Rama may be hanging around on YouTube for a bit longer, so watch it for yourself and feel free to bung her a few quid if you enjoy it as much as I do. 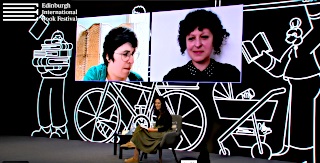 A slightly shameful admission at this point: for the last eighteen months, The BBG and I have been semi-stalking a Japanese translator called Polly Barton, and to add insult to injury we’ve been calling her Dolly Parton for a laugh. I’ve previously written here about the two Japan Foundation events where she appeared in panel discussions on the subject of translation, once in real life and once online. So when we discovered that she’s written a book and was going to talk about it at the Book Festival, well, how could we refuse?

In fact, she’s part of a double header event - Polly Barton and Eley Williams – linking together two recently published books which have a theme of language in common. Barton’s written a sort of memoir called Fifty Sounds, using Japanese onomatopoeic phrases as the jumping-off point for each section. She describes how she came back to England after an extended stay in Japan, only to realise that she was having real problems communicating in either language: the book helped her organise her thoughts and find a way to express them. As with the previous occasions when we’ve seen her, Barton is fascinating when she describes the almost physical relationship she has with language, describing how she feels she has to climb inside a piece of text to work with it.

We didn’t come here for Eley Williams, but her book sounds equally fascinating, although very different. Her new novel The Liar’s Dictionary tells the story of a woman whose job it is to combing through the previous edition of a dictionary looking for mountweasels – fake words inserted as a trap for copyright violators, or in some cases just inserted out of pure bedevillment. She has some great stories of real life examples that stayed in print much longer than they should have: the best one describes a mythical bird with one wing, where the male and the female mate using a hook and eye arrangement on their non-wing side.

Barton and Williams are doing very different things with their books, but there’s some nice common ground as they discuss their arsenal of language tools and reference materials, from Urban Dictionary to the computer game Slime Forest Adventure. And if you want to know what that’s all about, good news – this particular Book Festival talk (along with a couple more we’ll look at tomorrow, in our final day) can be watched online for at least the next few months on a pay-what-you-like basis.