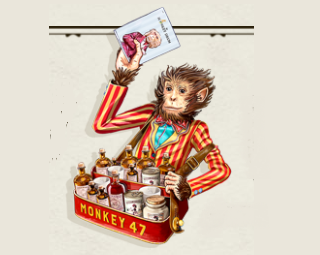 Books: I'm not gonna lie to you, this month's audiobook has been hard work, and I suspected it was going to be like that all along. But be honest: when Quentin Tarantino announces that he's publishing a tie-in novelisation of this film from two years ago, Once Upon A Time In Hollywood, don't you feel just a little twinge of curiosity about whether he can write prose or not? Let me answer that one for you quickly: nah. Most of the time, when he's putting sentences in between lines of dialogue, they struggle to meet the level of Stewart Lee's fragment of parody Dan Brown, "the famous man looked at the red cup". To pump up what was basically a mood piece into several hundred pages, he's crammed insane amounts of detail that nobody was asking for: ludicrously, the tatty Western pilot that Rick Dalton's shooting appears to have more unspoken backstory to it than most feature films. It's not a complete writeoff, though: when he's dealing with a mostly silent action setpiece like the initiation rite to join the Manson family, he manages to sustain tension admirably. And he's having fun playing with the expectations of those of us who've already seen the film. But even the enjoyably arch narration of Jennifer Jason Leigh can't stop chunks of Hollywood being dull. We've currently put our nighttime listening on hiatus because of Edinburgh and the Paralympics - hopefully we can pick it up again when the latter is over.

Music: In the middle of all the other cultural stuff we did this month in Edinburgh - did you hear we've been to Edinburgh, by the way? - we caught a Prom featuring African cellist Abel Selaocoe. (In case you need help pronouncing the name, I've been thinking of it in terms of property speculation with London Underground stations. "Buy Tooting Bec! Sell Archway!") For the most part, the concert's a collaboration between Selaocoe and the BBC National Orchestra of Wales, and the programme lives up to its billing of 'Africa meets Europe', with some of the cellist's own compositions mixed in with others. But the whole thing takes flight towards the end with the addition of a trio of rockin' Moroccans, led by Simo Lagnawi on the three string lute. What makes the climax so thrilling - especially if you can see it, which you can't, sorry - is that rather than the music being led by the orchestra, it's being led by the Africans at the front of the stage. Conductor Clark Rundell is literally watching them for visual cues, and then bringing the orchestra in and demanding they keep up. Even if you can't see all that, you should be able to feel it, and at the time of writing it should be online for another month and a bit.

Travel: Here's an update you may or may not have been waiting for. We spent Christmas 2006 in Brighton, and stayed in a relatively new and gloriously fancy joint called Hotel Una. We had a very, very nice time there, and noted that "with their plans for the future - combining some of those 'OK' rooms into larger suites, opening the restaurant up for evening meals - it can only get better." And we kept an eye out to see if that restaurant ever opened. But it didn't. So fourteen and a half years later, we said fuckit and paid a return visit to Una anyway. The receptionist on the day wasn't around back in 2006, but was rather touched by the story of our first stay there. The promise to rejig the rooms was fulfilled, with our duplex from last time - the Quaile - now upgraded to a full blown presidential suite, with a home cinema room added. This time round we went for one of the smaller rooms, the Vedea, and it suited us just fine. They may not have a restaurant still, but that's not a problem, as our major restaurant discovery from that Christmas trip - the magnificent Due South - has come back to its original beachside location after a decade of not being there. On your way back to the hotel, you should pop into new craft beer joint The Hole In The Wall, but be sure to leave room for a cheeky cocktail at the hotel bar after that. The line "we danced like Englishmen and drank like Serbs" nearly came true again that night.

In the meantime, your Simian Substitute Site for September 2021 is Monkey 47. Yes, I know, the whole point of the Simian Substitute Site was originally to lead people away from this site's potentially unwholesome content, and give the kids an alternative place to visit before they got in too deep. And this month I'm pointing them at the official site of a brand of gin. (Not to mention that I just dropped the F bomb on the front page back there.) Ah, well, what ya gonna do. If you can get through the fake oldey timey newspaper design without punching a hole in your screen, there's certainly stuff there to explore.

What to expect this month? Well, I'm pretty burnt out after an Edinburgh Festival that was spread over two countries, and there's more daily posting to come in October, so I think September here will be fairly quiet. But The Belated Birthday Girl wants to say a bit about her discoveries from this year's Festival, so you'll be hearing from her some time soon. And inevitably, once all the Edinburgh material has been posted, I can update the third most ridiculously complicated index page on the site.

Will that do you? Well, that's what you're getting. Complain in the comments box below if you like.