Reviewed today: The Feast, The Taking, The Velvet Underground, What Do We See When We Look At The Sky?

Reviewed today: The Feast, Mothers Of The Revolution, The Storms Of Jeremy Thomas. 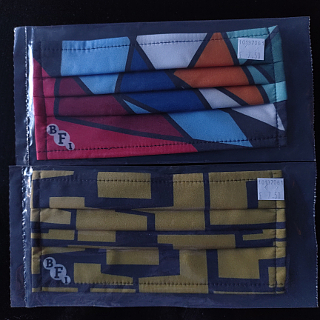 Art: If you're like me, and someone told you that there was a Noel Coward exhibition in town, you'd probably assume that it would just be a series of rooms full of fancy dressing gowns. And I suspect the curators of Noel Coward: Art And Style are trolling us a little bit by making sure that the first thing you see when you walk into the gallery is an actual dressing gown. Thankfully, there's a lot more to the exhibition than that. Coward had a huge collection of collaborators to ensure that his productions had a visual wit that matched his verbal and musical one, and we get to see plenty of examples of their work, from Cecil Beaton and Norman Hartwell to a woman who insisted on only being addressed as Gluck. (I'd never appreciated before today that every photo you see of a 1920s theatre production is in black and white, which makes the colour design sketches on display rather special.) The exhibition covers the whole of his life, from his suburban upbringing to his years of tax exile in Jamaica (which may have done us out of some revenue, but at least inspired some rather charming paintings). It's a delightful way to spend an afternoon - you can catch it at the Guildhall Art Gallery in London until Christmas.

Books: After giving Once Upon A Time In Hollywood much more attention than it deserved - and to be fair, Quentin Tarantino deserves some sort of credit for his decision to novelise a movie by removing the plot from it - we're having a much nicer time in the company of Bob Mortimer, in the second audiobook of his we've listened to this year. And Away... is his autobiography, although he admits up front that at least part of it is lies (to satisfy the people who've enjoyed his tall stories on Would I Lie To You?). It's nice to hear Bob reading his own words, although he's been miked up in some peculiar way that seems to emphasise his breathing when you least expect it. As we've listened to a few autobiographical audiobooks this year, maybe I'm more sensitive to the cliches than usual, but it seems to me that Bob's story has been crudely beaten into shape by an editor who's decided that as his triple bypass operation is the key moment of his life, the early part of the book should be largely taken up with that, intercut with the flashbacks to his early life that we're really here for. But the stories, when they come, are as hilarious and surreal as you'd hope, with little bursts of Mortimerian verbal genius every minute or two.

Music: it's about time for another one of these, I reckon (with the usual YouTube links for the Spotify haters).