A quick peek at the listings for Comedy Central UK reveals that The Daily Show is currently occupying the 3.40am timeslot, which may explain why I don’t stumble over it on TV as much as I used to. Anyway, CJ Hunt is currently a field producer for The Daily Show, and boy does it show: his first feature documentary is very much in the house style.

Back when he started making it several years ago, though, he was just a New Orleans stand-up comedian with a sideline in satirical videos. In 2015, he started making one about the big news story in his home city: the campaign to remove the statues commemorating the key players in the American Civil War. Black people insisted they were an offensive celebration of slavery: inbred-looking white people said they were an important part of their history. As the campaign dragged on and on – with not even a majority vote settling the issue - Hunt realised that a social media video wasn’t the right medium: "what we’ve got here is basically a five year TikTok."

Hunt weighs into the debate with a good bit of comedy and a healthy dose of self-deprecation (his chats with his dad are hilarious). He also demonstrates, quite frankly, balls of steel as he interviews people who insist slavery wasn’t such a big deal, whom he attacks through the established medium of the cutaway reaction shot. For all it’s lightness, it’s a solidly researched film, with Hunt boasting in the Q&A afterwards how much he and his team got personally involved in tracking down clips and images.

Ultimately it’s a story of American white supremacy, and how the losers of the Civil War have created their own fake narrative that somehow makes them out to be victims. And, of course, it’s a story that doesn’t end in New Orleans, as a pair of codas makes quite clear: the first one bleak, the second one more hopeful. I do admire a visiting director who’s done his research on the place he’s visiting, so I enjoy how a throwaway glimpse of last year's events in Bristol in the final scene leads to Hunt's Q&A rant on why the statue of Rhodes in Oxford is still standing. This one could run and run, I'm afraid. 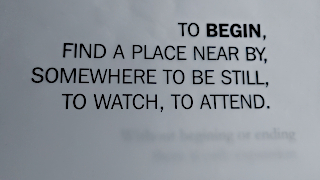 The theory, I think, goes like this. The LFF's Expanded strand isn’t advertised as VR, but rather XR, or expanded reality: what they used to call augmented reality in the olden days, I guess. The classic example was Pokémon Go, where a phone app let you point your camera at real life and see otherwise hidden things. So if you had a way of doing something similar with sound, you could call that XR, couldn’t you? Which is why one of the events in this moving image festival has no connection to moving images of any sort.

Getting access to Only Expansion is almost an adventure game in its own right. You go to the LFF ticket desk in BFI Southbank, and they tell you that all the Expanded events have now sold out. (24 hours ago, when I said you could get tickets for 26 Leake Street, it was still true, but now it isn’t. Sorry about that.) So you turn on your heel and head back to the door, only to find to the left of it is a small desk dedicated to offering free tickets for Only Expansion. They’ve got loads of places left, possibly because the main ticket desk is saying the event’s sold out.

What artist Duncan Speakman gives you here is a pre-recorded soundtrack played through customised headphones, and a book with very vague instructions for a walking tour. The BBG suggests the instructions are so vague, you could use them in a round of Taskmaster. (“FIND A PLACE NEAR BY, SOMEWHERE TO BE STILL, TO WATCH, TO ATTEND. YOU HAVE FIVE MINUTES. YOUR TIME STARTS NOW.”) Part of the deal is that the walking route is left entirely open to your interpretation, and is described in highly poetic terms. You have to be prepared to engage completely with the material on those terms: or, if not, you need to be able to make a face that says “oh, for God’s sake” as eloquently as The BBG’s did when I put my hand on a tree because the book asked me to.

The main element of interest here is the soundtrack, assembled by Speakman with Sarah Anderson. Mostly, it’s a recreation of the fun you can have just walking around the streets listening to music on headphones: the only difference is that these headphones have microphones attached and subtly mix in the sounds from your current environment, so you can never be quite sure how much of what you're hearing is real and how much is recorded. Gradually the soundtrack morphs into the sounds of untamed nature that are vaguely explained by the stated ecological theme of the piece, but only just.

It's an interesting concept with some clever technology involved, but what it’s used for could be a lot more interesting - your reality isn't really expanded that much by Speakman's contributions. Still, Only Expansion got me to visit bits of the Oxo Tower I’d never been to before, so at least it wasn’t a wasted afternoon. 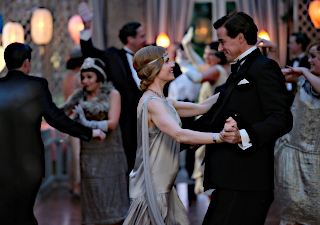 I don’t believe I’ve ever seen Terence Davies give a full-length onstage interview, just lots of introductions and post-film Q&A sessions like the ones we get here. Pity: he’s a charming interviewee with lots of stories and a delightfully bitchy wit. In the meantime, despite the subject matter, this might be the film that comes closest to capturing Davies’ personality.

Before you ask, no, he hasn’t made a film about lesbian nuns: that’s Benedetta, which is showing in the festival on Saturday night. This one is Benediction, which is about the life of Siegfried Sassoon, played by Jack Lowden in his younger years and Peter Capaldi in later life (hence the queues of people outside the Curzon Mayfair holding Doctor Who merch). We get past the stuff we all know about Sassoon pretty quickly: he served as a soldier during the First World War, during which he wrote poetry that was highly critical of the top brass.

After that comes the stuff you may not know. The army send Sassoon to a mental institution in Edinburgh, in the hope that it will cure him of his bolshiness. The only thing it really cures him of is his conviction that nobody else understood his feelings for other men, aided by a sympathetic psychiatrist and a chance meeting with fellow poet Wilfred Owen. Post-war, those feelings get a pretty heavy workout, with lovers including Ivor Novello and Stephen Tennant.

I always loved the story Davies tells about someone discussing one of his early shorts with Alexander Mackendrick. "It's a gay film, isn't it?" he was asked, to which Mackendrick drily replied "Not at the moment..." And to be honest, that’s a reputation Davies sometimes deserves. Which makes it a delight that alongside the inevitable sombre reflections on the damage war causes to young men, there are also loads of scenes of articulate gay men being hilariously horrid about each other. There are some terrific gags in here, and the humour keeps the story flowing through some of the slower bits, which to be honest include the later scenes with Peter Capaldi. If the Q&A is to be believed, Davies only has those scenes in there because he couldn’t resist showing Sassoon’s later conversion to Catholicism, an event which presumably gives the film its title.

Two of Davies’ other key obsessions – a love of popular music and a desire to fiddle around with chronology – are both present and correct. They combine beautifully during the first major time jump of the movie, which is accompanied by what seems like an outrageous choice of song, right up to the point that you realise it’s a time jump. It all comes together to make Davies’ most satisfying film in years. As a bonus, because it’s mentioned during one scene, after the film finishes at the Curzon we walk around the corner to look at Sassoon’s old flat in Half Moon Street. Anyone got 14 million quid to spare?

The Cineaste - This is a wonderfully-composed debut feature from Maggie Gyllenhaal. Leda (Olivia Colman) has arrived at a Greek beach resort on her own. A lecturer in comparative linguistics, she’s having this break in theory to get some work done, but it may be an opportunity for some contemplative self-reflection. Soon after she arrives, a rather loud, brash, large American family arrive, taking up daytime residency at the same beach. The initial communication between the two parties is tense (Leda is a rather defensive, wary person), but the tension soon thaws and Leda appears to get on well enough with the women in the large family. Then a seemingly innocuous incident happens to one of the mums in the family, which sets off a whole different chain of events. And Leda finds herself reflecting a lot on earlier phases of her life, both personal and professional.

The whole tone of the ensemble was wonderful. There are regular flashbacks to the young Leda (brilliantly played by Jessie Buckley), which hint at the complex character Leda has now become. Various layers and sub-plots – with the added intrigue of wondering how they all overlap – make this a hugely entire film. I loved it.

The Cineaste - This is a terrific, intriguing political thriller set in Argentina in 1980 in the midst of their dictatorship crisis. A cultured Swiss banker, Yvan de Wiel (excellently played by Fabrizio Rongione) arrives with his wife in Buenos Aires to..... well, to negotiate some shady dealings. Which is an absolute minefield for him, because he’s got to be very careful about who he can meet and what financial arrangements he can offer, all the while maintaining the integrity of the august institution he’s representing, and particularly mindful of the fact that his close business partner, referenced frequently, is nowhere to be seen.

And so the movie proceeds with de Wiel meeting various members of the country’s ruling dictatorship in various degrees of discomfort. Director Andreas Fontana paints a rich tapestry of the juxtaposition of the integrity of Swiss banking against the stop-at-nothing corruption of the ruthless dictatorship. The denouement was perhaps mildly anti-climactic, but that apart I found it an engrossing film.