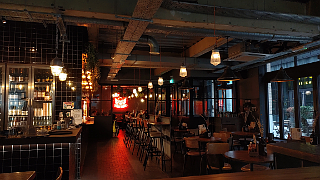 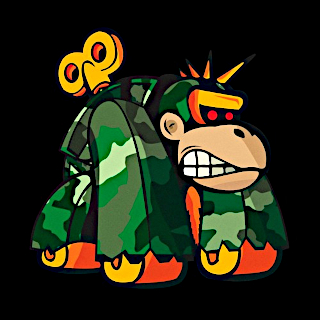 Books: We’re in between books in our current Audiobook At Bedtime experiment: so rather than a review of a full one this month, here are five whose free previews we’ve listened to while working out what to buy next. Animal by Sara Pascoe: an interesting mix of tones, alternating between standup act and serious study of gender politics, and from the sample it’s hard to tell which will ultimately predominate. Taste by Stanley Tucci: a kind of Hollywood variation on that Grace Dent book we listened to a few months ago, with Tucci charmingly telling the story of his life in terms of food. Sidesplitter by Phil Wang: another comedian’s book with an agenda – looking at the impact being mixed race has had on his life – but this one feels more like a standup act on paper. Rememberings by Sinead O’Connor: she’s quite open from the beginning about the areas of her life this book is going to cover, but she does it with sufficient reassurance that it won’t be a humourlessly grim retelling. Windswept And Interesting by Billy Connolly: the voice is a bit croakier than it used to be, but he’s lived the life and kept the stories, and on this evidence seems to be trying to tell them all as quickly as possible. Which one will we choose? I’ll let you know. The main lesson we’ve learned from this exercise is that comedians are happy to have free previews for their books that can last the best part of an hour, but actors and musicians are a bit stingier.

Food and Drink: I was given a lovely present for Christmas 2019, and this month I finally got to open it, in a manner of speaking. When I first received my voucher for a one-day beer-making workshop at London Beer Lab, I assumed that I’d be using it not too long after the post-Christmas Dry Veganuary that we’d already planned for the start of 2020. Three lockdowns and one actual case of Covid later, The BBG and I got to visit Brixton and get our voucher’s worth. The setup’s simple: upstairs from the LBL taproom is a brewing area with half a dozen small kits, each capable of brewing around forty pints. You pick a recipe from a selection offered to you, and over the next five hours or so you're helped through the process of making a beer using it. To be honest, when we did all those brewery tours back in 2016 and got to the bit where they explained to you how brewing worked, I always tended to glaze over a little bit. It turns out that getting hands-on experience in the process makes it a doddle to understand: who knew? There are quite a few points during the five hours where not much is happening, and LBL craftily fill these gaps with some beer tastings and an extended opportunity to taste and smell some of the basic ingredients, so it all makes for a gloriously enjoyable afternoon. When it's all over, your beer is left to ferment for a couple of weeks, and if it turns out to be non-poisonous they'll put it on sale in their taproom. So keep an eye on London Beer Lab's Untappd listing from around the middle of November, and see if a black double IPA turns up on the taps. Hopefully it should be obvious if it's ours.

Movies: October was all about the London Film Festival here, and if you weren’t already aware of that you’ve got some catching up to do. On our final day, one of the highlights was Train Again, an experimental short film by Peter Tscherkassky, which I described at the time as  “a whole archive’s worth of footage of trains from the Lumiere brothers onwards, layered on top of each other and intercut at stroboscopic rates, accompanied by an industrial soundtrack of railway noise and climaxing in a montage of crashes.” So naturally, afterwards we were keen to find out if there was any more of this stuff available: and just one week later we found ourselves in Dalston's fashionable Cafe Oto watching a whole programme of Tscherkassky's films. The nice thing about Cafe Oto is, it's a performance space that isn't in the least bit designed for film screenings: which meant that the audience had a huge 35mm projector in the room with them, giving a weird illicit feel to the whole evening, like you were watching stag films or spy footage of a villain's secret lair. Having the films on 35mm turns out to be important. You could watch shorts like Outer Space and Instructions For A Sound And Light Machine on YouTube blown up onto a big screen, but when you're dealing with movies constructed out of single-frame edits, they have to be on celluloid or they look like a huge glitchy mess. For my money, Tscherkassky's latest (the aforementioned Train Again) is his best work, but the four earlier films in this programme show you how he built up his process over the space of two decades. Your chances of seeing these films again in a cinema are vanishingly small, but you can always compensate by purchasing the just-released album of Dirk Schaefer's pulverising soundtracks.