Home Archives/Categories About Me RSS Feed Mailing List Email
Picks Of The Year 1982 - 2021: The Video Playlists
What Lies Beneath: #JFTFP22 (part 1 of 2) 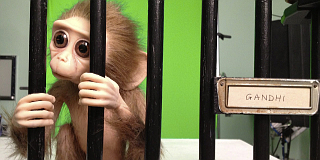 Books: After seeing Jeanette Winterson being interviewed during our one live Edinburgh International Book Festival event of 2021, anyone normal would have queued up to buy a copy of her new book from the signing tent. Instead, we went online and bought the audiobook version of 12 Bytes while sitting in a cafe a few hundred yards down the road. It's a collection of twelve essays on the overall theme of where technology is taking us, specifically in the transition from AI to AGI - artificial general intelligence, what you might like to think of as the equivalent of Skynet becoming self-aware. From a pair of neatly-linked starting points - Ada Lovelace's early work in computation, and Mary Shelley's fable of the creation of life through electricity - Winterson pulls together all manner of ideas into clusters that are always entertaining, even if sometimes they're a bit of a stretch. (Occasionally I'm reminded of Blindboy's hot takes in his podcast, and think that she should consider starting some of the essays with "I may be talking out of me hole here, lads, but...") Of the dozen or so audiobook readers we encountered in 2021, she's easily my favourite: she's got a delightful reading style that gets deliberately conversational when she's trying to get across footnotes and quotes. And considering this isn't even her field, her enthusiasm for the subject is palpable, while never getting in the way of clarity. If Russell T Davies is prepared to accept that maybe the Fourteenth Doctor doesn't have to be a major departure from the Thirteenth, I might have a casting suggestion for him.

Music (1 of 2): We had a bit of drama in the latest Pick Of The Year CD competition, thanks to an unexpected entry from regular correspondent The Cineaste. You'll remember that the task was to identify which was the first POTY to feature The Belated Birthday Girl on the cover, given that 2021 was the second. Writing in on December 27th (two days after the competition went online), The Cineaste admitted that he was just stabbing in the dark, "but based on the tenuous (if plausible) rationale that you were big on Japan in 2014, I'll go for that year. NB I'm not expecting to win, cos after all my name's not Dave." He's being a bit harsh on himself there: don't forget, if I hadn't received a correct entry by the closing date of January 31st, he would have won. Which I guess makes it all the more galling that Dave entered at 6.24pm ON CHRISTMAS DAY and nailed it. Moreover, he showed his working: "Difficult one. 2001 is the start year. One of the faces in that year's? fairly sure not. [No, see mouseover text on the cover image on that page.] 2002? I'm really hoping not. [And she thanks you for saying that.] 2003? Possibly an early pic. [No idea who it is, it's just a random picture that I found, hence the redaction.] 2004 - very possibly the person in the foreground. 2006 - also possible that's her holding the Beano. Never seen Spank in a hat, could be the one. [Um, let me introduce you to the most carefully concealed catchphrase on this site.] 2010 - is she in that pic? Can't see her. [Neither of us have ever been to Gordano Services.] 2013 - in a BrewDog? Certainly a possibility. but can't see her for sure. [She took the photo.] Torn between 2004 and 2006. I'm going for 2004." And 2004 is indeed the right answer, as noted within the actual competition question for that year (and before you ask, Dave didn't enter that one).

Music (2 of 2): So, congratulations to Dave, commiserations to The Cineaste. As for the rest of you, now that we've got all the admin for POTY 2021 out of the way, it's time to start looking at potential entries for POTY 2022. No time this month for a full track-by-track breakdown, I'm afraid, other than to tell you to expect tunes from Elvis Costello, Simon Love, The Art Of Noise, Kojey Radical, Wet Leg, Telefis, David Bowie, Yard Act and Black Country, New Road (with an implied nod of sympathy to the last band in general and Isaac Wood in particular). The usual slot number ten in the Spotify playlist has been left blank for you to go out, buy a Neil Young CD and listen to that. Harvest Moon's a nice one.

In the meantime, your Simian Substitute Site for February 2022 is Monkey Love Experiments, a short film by Ainslie Henderson and Will Anderson originally released in 2014. I think I might have seen it before: I've certainly seen Henderson's work at British Animation Awards screenings, but I don't appear to have written about this particular one, so I'm not sure. If I did see it, I probably didn't realise at the time that it's based on an actual thing, which is a piece of information that you may find useful and/or disturbing. There's a bit more background about the film here.

Phew, got lucky. With a bit more time, and actual reading of the site I could have found the answer for sure of course. I can see I'll need to up my game now I have serious competition...