Home Archives/Categories About Me RSS Feed Mailing List Email
What Lies Beneath: #JFTFP22 (part 2 of 2)
Simian Substitute Site for April 2022: A Boy Lighting A Candle In Company Of A Monkey And A Fool 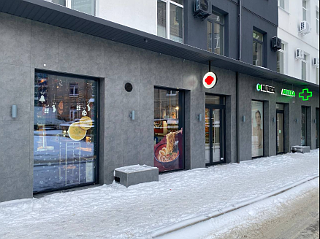 Books: Normally this would be where I’d tell you about this month’s bedtime audiobook, and include a link so you could get it for yourself. No link this time, though – it’s a book I obtained through a Twitter link that I thought was legit but turned out not to be. The tape hiss on the MP3s should have been a clue, frankly – what I had was all three volumes of Alan Plater’s The Beiderbecke Trilogy, read by James Bolam some time around the date of their mid-to-late eighties publication, and abridged to three hours apiece so that each book fitted on a pair of C90 cassettes. Starting out as the novelisation of a TV show, and gradually mutating into original novels that were then adapted for telly, there’s a definite sense of diminishing returns. The Beiderbecke Affair is easily the best of the three, introducing our lead characters – woodwork teacher Trevor Chaplin and English teacher Jill Swinburne, living in what was still a shocking co-habiting arrangement back in the 80s, and finding themselves embroiled in a light-hearted mystery. They’re so beautifully drawn in the book that on the rare occasion that mild peril arises, you’re genuinely concerned for them. Sequel The Beiderbecke Tapes does the old telly trick of sending the characters on a foreign jolly (although I’d forgotten that when it was made for TV, budget constraints meant Athens had to be replaced by Edinburgh). As for The Beiderbecke Connection, it’s surprising how plot-free it is, even for a show that usually got by mostly on character and jokes. But the characters and jokes are still good enough to keep you listening. So, I dunno, see if someone’s selling the tapes on eBay if you’re interested. (Although it feels like that would be exactly how a 2022 Beiderbecke reboot would start...)

Comedy: If you’re like me, you tend to find out about podcasts long after they’ve started running. So here’s a chance to get in on the ground floor of a new one, assuming it doesn’t implode after a couple of weeks. BTEC Philosophers stars Elliot Steel (let’s see if I can get through this paragraph without mentioning his dad) and Michael Odewale, theoretically discussing the big philosophical problems of our age, but in reality just chuckling about any old bollocks that comes into their heads. The resulting banter teeters on the edge of laddish but never quite goes too far, although some may think otherwise about Steel’s proposed solution to the crisis in Ukraine. They’re still working on distribution, so it might be a tricky one to track down – initially it was only available on Podbean and Apple Podcasts, but the most recent episode made it to Spotify too. If they can sustain this level of invention on a weekly basis, I’ll be there (though it’d help if they could get themselves on Google Podcasts as well).

Theatre: I thought I was a Kate Bush fan. Owned all her records at one time or another, still have a signed copy of Never For Ever, considered getting tickets for the 2014 comeback shows but never managed it. But then I went to An Evening Without Kate Bush and realised I’d barely been trying. Sarah-Louise Young – a musical comedy specialist, and one of the many women who's been The Third One In Fascinating Aida – has put together a show that at first glance looks like your common or garden tribute act, dressing up in costumes and singing the songs to backing tapes. And she’s pretty damn good at doing that, although I’m sure she’d be the first to admit that the octave drop in Wow is out of her range. But this show is about the fans as much as the songs – especially since Young’s chosen to ignore anything Bush has recorded since 1993 (which is only two albums of new material, but still). It’s about the obsession caused by her reclusiveness, the comfort she brings to her admirers worldwide, the delight of realising that you’re in a room full of people who aren’t really capable of singing Wuthering Heights but are prepared to give it a bloody good go. The show's run at London's Soho Theatre has finished now, but I know it has a little life in it yet.

In the meantime, your Simian Substitute Site for March 2022 is the Facebook page for Red Monkey Ramen Shop, located at Heroiv UPA St, 75, Lviv. Let's hope they're doing alright at the moment.

Yeah, the world's not much fun at the moment, so I'm not sure yet what you can expect here in March. Let's wait and see. How are things with you, anyway?