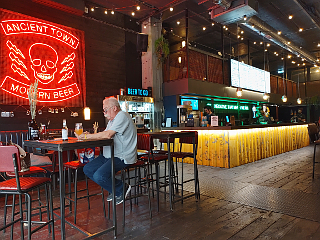 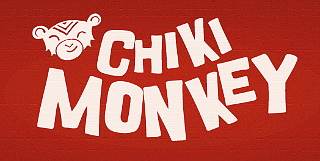 Books: Well, maybe not. The audiobook project took a slightly odd turn this month, as we listened to two things that advertised themselves as audiobooks, but were actually both Radio 4 programmes originally broadcast over 40 years ago. And Patrick Magee (who would have been 100 years old on March 31st this year if he wasn't dead) was the star of both! I have fond memories of the comedy show Hordes Of The Things from its original 1980 broadcast, although even at the time it seemed like a blatant attempt at taking the formula of The Hitch-Hiker's Guide To The Galaxy and applying it to Tolkienesque fantasy. It's still got its moments (after all, Andrew Marshall and John Lloyd both have decent form as comedy writers), but these days it feels a lot more like a series of sketches linked together by Patrick Magee's fruity narration, and what seemed to me in 1980 like an incredibly bleak ending has all sorts of back doors sewn into it for a second series (which never happened). One year earlier in 1979, Magee read Flann O'Brien's The Third Policeman for A Book At Bedtime, and his version has obtained a new lease of life thanks to my internet pal Paul Duane bunging it up on Soundcloud. It's massively abridged - the commercially available audiobook, read by no less an authority than Bishop Len Brennan, is three times as long as this one. As a result, you can't tell how many of the lurches in the plotting are down to O'Brien's wickedly surreal wit, and how many are down to shoddy editing. But there's enough brilliance here to lure me into reading the whole thing, which I suspect was always the point of A Book At Bedtime. I won't be able to do all the voices as well as Magee does here, though.

Music: I know I did one of these last month, but I've already got another batch of ten tunes going through my head. Some are new releases: some are older ones that have come onto my radar because of things that have happened over the past month. As ever, YouTube links in the text, Spotify playlist below it.

Theatre: I've been waiting 13 years to see Jerusalem, ever since its debut at the Royal Court back in 2009 and all those reviews saying it was the best play of modern times. Nothing could quite live up to that level of hype, really. Sure, the performance of Mark Rylance as Johnny Byron - caravan dweller, bullshit artist, and unofficial leader of an entire community of misfits - is as glorious as everyone has always said it is, and all the more notable for Rylance (for the most part) eschewing his usual ultra-naturalism for a huge larger-than-life swagger. It also helps that even though it's the sort of massive lead performance that has the potential to reduce the rest of the cast to mere background scenery, Rylance uses his star power generously to elevate the contributions of everyone else involved, from second-billed Mackenzie Crook to the lowest urinating tortoise. But Jez Butterworth's script - like the one for Jerusalem's follow-up, The Ferryman - tries that bit too hard to do absolutely everything in a three-hour timeslot, and its pacing falls apart in the third act. I spent far too long admiring the ambition of what Butterworth was doing, and not enough getting emotionally involved with it. Still, if you can find some way of getting hold of a ticket before the run ends on August 7th, your opinion may differ.