Simian Substitute Site for August 2022: Spanking The Monkey: The Etymology of Onanistic Euphemisms 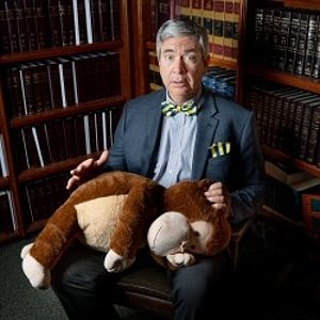 Books: We finally wrapped up the audiobook of Janelle Monae’s The Memory Librarian – the last story is basically an Afrofuturist remix of A Christmas Carol, if that sort of thing’s your bag – and moved straight on to another book by a pop star. Good Pop, Bad Pop is a sort of memoir by Jarvis Cocker, inspired by a clearout of his attic: he goes through its contents item by item, talks a bit about how they featured in his life, and decides whether they’re worth keeping or binning. Sure, it’s an arch literary device, and the multimedia curlicues added for the audiobook edition make it feel even more so – there’s a full Foley track so we hear each of the objects as they’re being handled or chucked in the bin, and an accompanying PDF of pictures. You know Cocker, so you can imagine what an enjoyable experience this is: the easy conversational tone of his reading, the self-deprecating wit, the expert handling of a good anecdote. At the same time, he’s happy to reveal just enough of what’s going on under that ironic surface: in particular, it’s astonishing to hear about the school exercise books in which he documented his plan to become a pop star and change the course of music. The book ends a bit before Pulp really started to enter the public consciousness, so perhaps there’s a second attic he’ll write about in a few years.

Food & Drink: Think back to about seven years ago, when I posted this piece to announce that I was moving out of Walthamstow after living there for some three decades. Irritatingly, since I left they’ve opened half a dozen breweries within walking distance of the former Spank Towers. They’ve called them the Blackhorse Beer Mile, with an obvious nod to its Bermondsey equivalent. However, the breweries have been careful enough to create an official Blackhorse Beer Mile website, and not made Bermondsey's mistake of letting some chancers set up an unofficial one. Anyway, like the old days of Bermondsey, we currently have just six venues situated within a one-mile stretch of industrial estate, so it’s possible to have one beer in each without causing yourself permanent damage. They’re all very different, too. Truman’s don’t brew on site, so have tons of room for you to explore and drink in: Signature Brew use their connections with the music biz to run formal and informal live events: Exale is the most delightful thanks to its courtyard: Beerblefish is the closest to an old-fashioned pub (cask ales and a piano with the Tom Lehrer songbook on top of it): Wild Card are quietly cementing their position as the OGs of Walthamstow craft beer: and Hackney has the most interesting range of things to drink. The first three have decent food made on site, while the last three have a delivery arrangement with Yard Sale Pizza down the road - so purely on the level of being able to eat while you're crawling, Blackhorse has the edge over Bermondsey.

Music: Time for another one of these ten-track thingummies, I guess. Use the Spotify playlist below or try the individual YouTube (with one exception) links.

In the meantime, your Simian Substitute Site for August 2022 is Spanking The Monkey: The Etymology of Onanistic Euphemisms, which is a show at this year’s Edinburgh Fringe. All that seems to exist of it at present on the internet is the text on the Fringe booking page, which is as follows: “An informative, ‘hands-on’ lecture by the renowned Oxford Professor of English Literature Richard (‘Dick’) Handler on the word origins of the innumerable euphemisms for self-pleasure around the world. Whether one is chugging in Scotland, slapping the sergeant in Turkey, marinating the salmon in Norway, or flying a kite in Thailand, Professor Handler’s scholarly study of the foundations of onanistic slang is guaranteed to have universal appeal because, let’s face it, we’re all wankers.” RSE Theatre, August 12-28, 6.20pm.

Will we be seeing that? Maybe, maybe not. More importantly, will we be going to the Edinburgh Festival? Yes we will, and the Pals are back with us this year. Unless some sort of combination of Covid, monkeypox and train strikes gets in the way. Anyway, that’s the main thing to look forward to this month. If we’ve got time, there may also be some BrewDogging action, as well as the concluding post-cruise section of the Iceland writeup – that’s a big if, though. As ever, feel free to chat about all that in the comments.