Home Archives/Categories About Me RSS Feed Mailing List Email
London Film Festival 1989-2022: An Index
Take The Drums Out: Pick Of The Year 2022 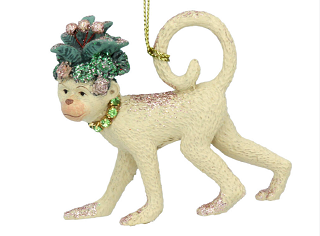 Books: Probably the biggest artistic thing I did this month was serve my first ever term of jury service. Not because of any drama in the courtroom itself – although there was definitely some of that – but because jury service involves a lot of sitting around waiting for things to happen, and the official advice you’re given is to bring a good book with you. I ended up getting through two and a half books in the various bits of downtime spread across the fortnight, so for once this section is a review of some ebooks rather than audiobooks. How To Be Perfect, a guide to moral philosophy by Michael Schur, takes all of the research he did into the subject for The Good Place and converts it into an enjoyable history of the approaches we’ve taken as a species to differentiate right from wrong. (It seemed appropriate at the time.) Meantime is Frankie Boyle’s attempt at jumping on the Famous People Writing Crime Novels bandwagon, but fails in two key aspects: all the characters speak in his voice, and they’re all prone to long rants about the state of things that have Author’s Message stamped all over them. Still, you’re at least guaranteed the odd bracing line, like his description of nepotism as ‘incest for cowards'. Currently I’m halfway through Alan Moore’s short story collection Illuminations, and absolutely bloody loving it: if anything, it reminds me of a more literary version of the short Future Shocks tales Moore used to tell in 2000AD, because of their devotion to messing with time and your narrative expectations. And you can tell Moore is designed for writing short stories, because his last lines are always fucking perfect.

Internet: Even if you’re not seeing any of the newly enabled Nazis being pumped directly into your timeline, there’s no denying that Twitter has become a lot less fun than it used to be. So what do you do? The general consensus appears to be, you go to Mastadon. There are plenty of blogposts out there to walk you through the process, but here’s a short personal summary (partly assisted by this one). The first complication is that you can't just join Mastodon, you have to join one of its instances: part of what sets it apart from Apartheid Clyde's domain is that it's decentralised and not just managed from a single location. The trick is to avoid the large ones - obvious instances like mastodon.social have become massively overloaded over the last couple of weeks and grind like a bastard - but watch out for small ones with limited support and a high risk of future collapse. For better or worse, I've thrown in my lot with newish Mancunian instance mcr.wtf, which has a good name and appears to be run by nice people who like beer. Then you need to work out which program you use to access Mastodon, bearing in mind that their own client is by all accounts bobbins. Like many Android users, I've gone with Tusky, and it seems to work just fine. Finally, once you're in there you'll need to recreate your list of people you follow from scratch, and I think this is the biggest aspect of migrating from Twitter - everyone's conscious of what mistakes they made when they built their Twitter following list, and is keen not to make them again. With all that in mind, you'll find me there at https://mcr.wtf/@SpankTM - it'd be lovely to see you there, so I could post stuff that's a little more ambitious than this.

Telly: Because I'm posting this late while still a bit drunk (my first Christmas party of 2022 happened today), by now you've just missed the grand finale of season 14 of Taskmaster. Hopefully this means that the verbal NDA I agreed to several months ago no longer applies, and so I can talk about how The BBG and I went to the taping of an episode of this series last April. Getting tickets isn’t particularly hard – visit SRO Audiences, go to the Taskmaster page, sign up and wait for them to announce a new series. Obviously demand is quite high, so you’ll need to leap into action as soon as they’re announced. A block of ten shows gets recorded over five consecutive weekdays, one in the afternoon and one in the evening, and generally the afternoon ones are easier to get into. Of course, this is assuming you can travel to the taping site at Pinewood Studios, which is impossible to get to by public transport and takes a ten minute taxi ride from Slough station. To make things even more complicated, they ask you to arrive early because they overallocate the (free) tickets, so even if you've got one in hand they can't guarantee you'll get in. We turned up an hour and a half before the scheduled time, which may have been overkill, but we weren't the first there. Once you're inside, it takes about three hours to record a forty minute episode, even though a good half of it is pre-taped tasks: there's a very baggy feel to the banter in the studio, and it's fascinating to observe how that gets hacked down for TV broadcast. The episode we saw being filmed was S14E03, and the spectacular reveal that takes place just before the first ad break was even more fun experienced live as it was on telly. But if you're curious about what you missed by not being there, this package of outtakes may help (from about 16 minutes in, and yes, that improv section was as excruciating in person as it is on YouTube).

In the meantime, your Simian Substitute Site for December 2022 is an Exotic Monkey Christmas Tree Decoration, courtesy of Ella James and Not On The High Street. It's a fancy m0nkey you can hang off your Christmas tree, what more do you need to know? I told you, I'm drunk.

What can you expect in December? Well, probably not much till Christmas Day, when you should probably expect the same Christmas surprise you've been getting for the last four years. But there may be other stuff, which would be an even bigger surprise. Especially to me, at the moment. Anyway, feel free to drop your Christmas greetings and other stuff in the comment box below.