Here I am, sitting amid a glorious Indian summer, looking back on my 10th Edinburgh Fringe visit – and Berkoff is still no more popular than he was last year – indeed, less so it seems, with unfavourable graffiti appearing on the poster for his latest show (see Spank’s diary for Friday). 1989 it definitely isn’t!

Now the Fringe 2004-style includes Ross Noble in a gargantuan venue that makes the local Multiplex seem like my front room, which is not my idea of a traditional “Fringe” venue – but such is the level of commercialism to which our society has risen.

Anyway, enough of nostalgic ramblings; this was for me a highly enjoyable Edinburgh: good quality shows – in fact no real turkeys to report; reasonable weather, leisurely breakfasts and end of day chill-out sessions at the Filmhouse Bar (they may not stay open very late these days, but their whisky selection is pretty impressive!), as well as the usual good eating and drinking. The only sad note was the absence of our friend Rob.

No Sunday would be complete without the ritual visit to Pick of the Fringe, which has in the past yielded some real gems (Night in November two years ago sticks in the memory), and is always entertaining – this year an audience member’s dog joined in, barking right on cue.

Other highlights of the week included:

Fatboy:  A stylised satire that didn’t pull its punches.  Some may have been offended by the grossness and extreme language of the eponymous character and his consort, Fudge; however, this was very effective and the performances were excellent.  It was not perfect – the overlong 3rd act rather hit you over the head with a mallet; but it provided much lively discussion for the rest of the evening and coined a new word that entered the vocabulary.

Andy Parsons: Each time I have seen him he has proved a highlight of my visit with his sharp and witty observations on life.  He doesn’t miss a trick and picks up on any contributions from the audience, as “car park attendant” Nick discovered to his cost (but handled really well).  I’ll watch where the lights are positioned before I choose my seat next time!

Shakespeare for Breakfast: I barely expected to be awake, let alone sitting in a show rolling about with laughter at 10.00am, but this turned out to be one of the funniest shows I’ve seen recently, as well as being educational.  This highly talented and versatile team gave us a wonderful parody of all the cheesy musicals, including big-headed directors and prima donnas.  From the dire opening number (which people were relieved to discover was a spoof!), the show was a delight.  The coffee and croissant were good too.

One Flew Over the Cuckoo’s Nest: This was a play I was involved with some years ago with a drama group, so I knew it well (no, I didn’t play Nurse Ratched!). I know this show’s had a rough ride with change of directors, chicken pox etc, but this turned out to be a powerful production which had me riveted throughout the two-hour running time.  Christian Slater was suitably dynamic in the lead role, and Frances Barber formidable and uncompromising as Nurse Ratched.  The other patients’ performances were also excellent, and stood out as very definite characters.

Other highlights included a visit to the Dean Gallery (having a bit of time to kill after an entertaining Sherlock Holmes promenade production).  This is an attractive building in its own grounds, which was showing an impressive 80th birthday exhibition of Paolozzi’s scuptures and collages, and included an astonishingly detailed reconstruction of his studio. We also took in excursion to the beautifully picturesque Pitlochry (courtesy of Eve), which is set in some fabulous countryside and is an area I’d like to explore more one day. 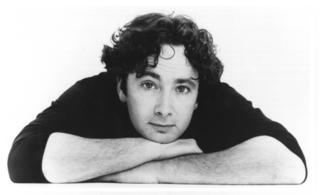 Some Shows The Rest Of Us Missed, But Rose Didn't

A Knight In The Theatre, a moving portrayal of Sir John Gielgud by George Telfer. I bought the £5 CD as a present for a gay couple I know, as he portrays the agonies of being gay in the 40s and 50s. Some laughs too.

Julie Burchill Is Away, a very funny portrayal of this oft talked about journalist. I felt as though I'd met her.

I also saw It Could Be You! by Shelley Cooper, a transgender male-female, which made me think there was more to femininity than £30,000 of surgery, as I felt I was being addressed by a man in a frock. All jokes fell flat due to poor timing. She tried to educate us about the increased risk of babies being born with this problem due to all the hormones in the water, when it might have been more educational to talk about her own life. 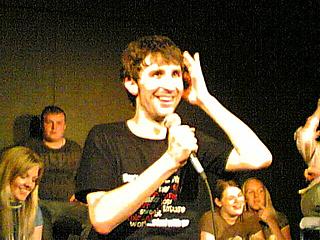 Just wanted to thank both of you for getting in touch. My motive in publishing my e-mail address was partly to build up a list of witnesses and so on in case of future difficulties with Guinness, but far more importantly to avoid losing contact with the people who carried me through the unwise venture of the 24-hour show so well. The whole thing was more of a success than I could have imagined really. The big bonus was the sheer dedication of people like your good selves who stuck with the whole thing during some quite un-entertaining moments. Special thanks for being there early on: for about the first five hours I really wasn't sure the whole thing was possible, and those were the most difficult moments. After a certain point it became obvious that actually it would be OK, because the audience were both more numerous and more supportive than I could have imagined possible. Really, they (you) were exactly the sort of audience I hoped to appeal to by doing a 24-hour show in the first place.

I share The Belated Birthday Girl's fear that if I was to attempt a repeat, it could be a huge anti-climax, but also (taking inspiration from 24 as The BBG herself does) (you can see I've paid proper attention to your website) I have a desire to do something which will at least do justice to, if not improving on, the original. It seems a shame to have assembled such a tiny and amazing 'fringe of the fringe' audience only to let it disappear. I would love it to become a Fringe institution of some kind. But obviously I can't just wing it all over again relying on goodwill to see me through - a lot of that came from the uniqueness of it - but still, I think I'm more than 50% likely to try some sort of sequel next year...

I got a few awards including the Tap Water award, which was nice, and there is a very long review on scotsman.com, as well as a shorter one at threeweeks.co.uk, if you want to relive the drama. Thanks for your account on the website (even though the word 'spank' in the email address meant I nearly lost the email to my junk mail, which took it for yet another offer of sexual fulfilment on the net). I think you succeeded in conveying the idea that it was shambolic and yet somehow compelling.

And congratulations to The Belated Birthday Girl on your part in the Chinese whispers phenomenon. I'm just thankful I didn't get stuck in the toilet as you did, because it's not the most immediate way of relaying information.

Stay in touch - it was great to hear from you both.