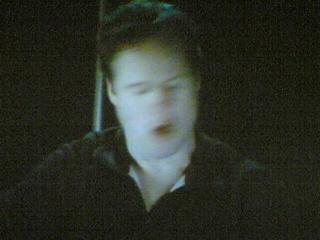 For me, the standout highlight of the festival has to be jointly the Serenity World Premiere, including the Joss and cast Q&A after, and the Joss Whedon: Reel Life event. The film itself was truly terrific - and didn't diminish when I saw it again 2 days later - and the opportunity to see Joss Whedon and most of the cast from Firefly/Serenity in person was something special. Although that experience is unlikely to be repeated, I would definitely recommend the movie itself, especially to anyone who has ever enjoyed any of Joss Whedon's work.

The other highlights of the festival for me were (in the order I saw them) Anarchy in the Ukulele, Michael Franti & Spearhead, Gamarjobat, East Coast Chicken Supper and Yesterday Was A Weird Day. Stewart Lee, 90s Comedian was the best stand-up show, and either perfectly led into or completely upstaged The Aristocrats, which is also worth seeing. The Late Night Comedy at The Stand was an excellent bill at a very good comedy venue, and, assuming that the standard and atmosphere was typical of the show there (which I rather imagine it was) would be highly recommended to anyone wanting a decent comedy show to finish off their night.

I saw nothing actually bad, but there were a few disappointments of one kind or another. Dominion: Prequel to The Exorcist wasn't the passed-over masterpiece I was hoping it might be, but certainly wasn't bad enough to be thrown away and remade as a completely different film. Tales of Hoffmann didn't really do anything much for me: pretty though it was, it had nothing to make you care about it, and after a while all that super-saturation gets to the point that you stop really noticing. I was sad that Mark Watson had performed his 2005 minute show the week before we were there, and although his 50 Years Before Death And The Awful Prospect Of Eternity show was fun, it felt as though there was a lot more promise in the title and the concept than he delivered in the end. I expect I might have got more out of Koji Suzuki if I'd actually ever read any of his books, rather than only having seen the film adaptations, but at least we were near enough the front for me to try to listen in on his Japanese conversations with his translator.

In retrospect, I think I might have liked to have seen a few more films, and taken a few more chances, but I did fit in 30 different shows (one of them twice), and it isn't possible to do everything. Overall, a pretty good festival, but the Jossy goodness made it fantastic to have been there this year.

A very good festival but not a vintage one. Managed to see a lot of events on my own or with various Pals. Unfortunately did not have the time or energy to do a lot of reviews. The festival seemed a lot bigger this year with a lot more of joe public. A certain trend is for giant venues eg the Pleasance Grand and the Assembly Hall (ex parliament building) where TV stars perform and draw huge audiences. I wonder if this sucks life from the rest of the festival. I am sure it is a trend to stay.

Some favorites: Zoo Story, Blackbird, We Love You Arthur, Letter From An Unknown Woman, The Life and Death of Colonel Blimp, Confessions of a Jingle Writer, S.W.A.L.K. Generally everything was very good, no really bad shows. 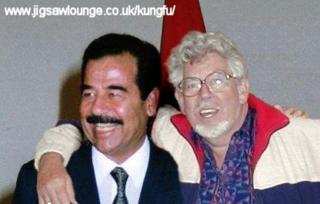 You know that old joke some comedians spin, about sitting on a bus and the nutter always sits next to them, well you get a much better class of nutter in Edinburgh and when that Margaret Attwood, the internationally famous author and poet sat next to me, I was sort of hoping I would overhear a conversation of such profundity amongst her three friends, that it would change my life. Unfortunately they were all speaking Canadian on a busy bus, so I can only guess what they were talking about, but I am sure it went something like this; what did you think of Rolf Harris yesterday? Was the trifle at Henderson’s as good as the last time we were here? And why have I never figured on the Spank site until now? The last existential question is one only our favourite monkey can answer, but I feel more than qualified to answer the first two questions.

Spank was right on the monkey nuts about Rolf (see Friday diary), that gig he mentions in a beer tent at Battersea had already seen several artists heckled off stage and it appeared Rolf was heading straight into a bear garden. But the genius of the man is playing to the crowd, and off stage he started playing the wobble board intro to Tie Me Kangaroo Down Sport. The crowd went silent and then went wild with appreciation as the audience rose as one, onto the temporary tables still holding full steiners of Lowenbrau! Rolf has lost none of his showmanship and it was impossible not to watch his gig on the fringe without a big stupid grin on your face. I also agree with Spank that is new single is being unfairly overlooked and will be writing to my employers (BBC Radio) to ask for an explanation (angry of E. Dulwich).

The trifle at Henderson’s was you will be pleased to hear as good as ever, but some of the right on wimmin they employ behind the food counters are a little too right on supporting their sisters with extra topping, but fortunately the muses came to my rescue and returned my bowl for an extra large topping. If George from Sydney is reading this (see banner at front of site) I took his advice and did not did not touch a drop of whisky all week, as you can tell.

The flats worked out well for the most part, except for late night transport, with only one night bus an hour from the centre: and what taxis there are cruise with their for hire lights off, so they can choose who they pick-up. Apparently the murder capital of the world is Adelaide and to hear an Edinburgh taxi driver speak you would think Edinburgh is not far behind. The only other problem with the flats was their location in a nice middle class residential area - or for that read, a desperately dull area with only one decent pub, the Canny Man, that charged over £3 a pint!

My three best shows were; Zoo Story, Rave Euripides (both reviewed elsewhere) and the ever reliable Shakespeare for Breakfast. I remember how reluctant I was to attend a show at 10am, but both times have proved hilarious. A witty combination of Shakespearian references removed to a place in popular culture, this year we had I’m Julius Caesar, get me out of here, the jokes from Marc ANTonius and DECius Brutus came thick and fast.

So Edinburgh is over for another year and all the signs are our favourite monkey and his BBG will be taking a banana boat to somewhere else next August, so no blog next year, but hopefully the muses and yours truly will be back next year and see if we can persuade some of the naughtier monkeys in our troop (they know who they are!) to make a welcome return. 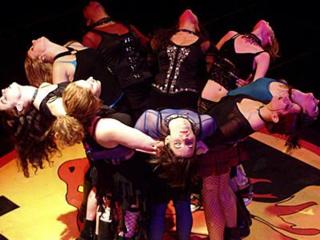 As you get older, time definitely passes more quickly. It seems the ink is barely dry on my summary for 2004, than another Edinburgh has been and gone!

I'm sure I started in this vein in my review last year, that each Fringe festival grows ever larger, with new super-size venues springing up all over the place. This year marked the arrival of the Assembly Hall in the Mound (the former Parliament building, I discovered). The Pleasance also seems to have doubled in size. In the early days, when the old Traverse Theatre was the Fringe, I don't imagine anyone would have anticipated such growth.

Yet however vast and commercial it is becoming, it never loses its unique atmosphere that brings me back year after year, with its diverse street performers, myriads of enthusiastic leafleters, and the sound of bagpipes never far away. And Berkoff seems to have had a bit of a revival this year.

Anyway, down to the nitty-gritty. Overall, another impressive year's viewing, with the usual mixture of theatre, comedy (not quite so much this year), music, including this year the evergreen Rolf Harris.

Main Highlights of the Fringe (in no particular order):

Other highlights worth mentioning:

Thanks to Spank for organising another great festival, enjoy your year off in 2006!