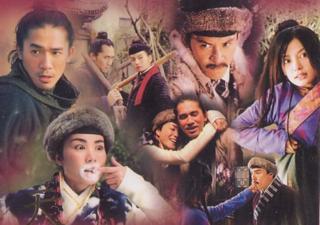 My second LFF over and done with.  I took more days off and upped my total this year to 44 events.  Overall I had a good festival, with only 4 films I disliked enough to call "bad", though a couple of other real disappointments, and 18 I liked enough to call at least "good", about a dozen of which were very good or better - oh, and an excellent set of interviews and "Masterclasses".  Personally I think that’s not a bad hit-rate.

So, here’s the summary of the good, the bad, and the frankly disappointing.

5. Every Stewardess Goes To Heaven

(Just behind:  Love Liza, The Rules Of Attraction, The Kid Stays In The Picture)

The Bad
1. Blissfully Yours
2. Some Day In The Future

The Disappointing
1. Pure
2. The Magdalene Sisters

And possibly the biggest surprise was finding on one of the days that the best film I saw was a Dogme (Open Hearts) - and not only because the rest of the day was relatively poor.

And talking of surprises, though this year's Surprise Film wasn't quite my sort of thing, at least it was actually a good film - so I won't be giving up on it for next year. 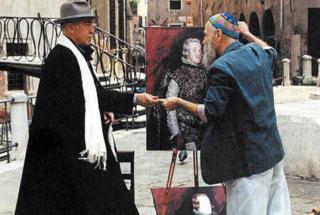 This is the most involved I have ever been in the Film Festival, and to some extent I am now expecting all films to feature an introduction to the director and a Q&A afterwards.

Overall a positive experience. Probably the two controversial ones were The Magdalene Sisters and Bowling For Columbine. On a slightly revisionist note, I perhaps overlooked the performances of the young actresses in the former, as I was so pissed off with the one dimensional anti-Catholic agenda of the director. Yes of course this is a trueish and unpleasant story. However it does need to be seen in the context of: the economic situation at the time in Ireland (i.e what alternative options were available for unmarried mothers then), the fact that it was the girls' parents who had rejected them, and the sad reality that abuse happens in all care homes (read the papers).


As for Columbine as entertaining as it was, the more I think about it, the less I think of it. Including footage in the film from the World Trade Center attacks was total bullshit. Also apparently Moore is currently asking in his one man shows, why doesn't the American middle class defend itself?  Well what does he think the NRA stands for!

The James Benning California trilogy was a worthwhile investment, which has inspired me anew photographically. I think however to get the most out of them, they demand a repeat big screen viewing.

Probably the film I would recommend above all others to look out for though is Monday Morning. This is almost a silent comedy (a point Spank edited out of my original review). The photography is gorgeous, and the characters are funny in a gently amusing (as opposed to in your face) sort of way.

See you next year then. 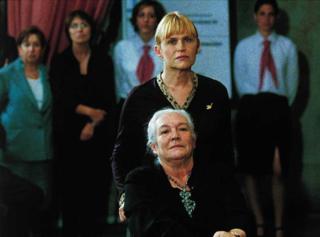 So, another LFF.  I couldn’t help feeling that this year it seemed more subdued than last year, and I’m sure it wasn’t just because I saw fewer films, and drank less coffee.  The reviews from Spank’s Pals were disappointingly fewer than last year, with the notable exception of Suze, who, amongst other things, kindly shared some of his authoritative knowledge about the Catholic church.  The afternoon showings were surprisingly well-attended, a reflection of more popular films perhaps? - I don’t know.  Argentinian cinema proved to be continuing its upward rise, so let’s hope some of their offerings from the festival will get a general release soon.

Best film:  no competition here, Octavia was the most magnificent film I’ve seen for quite some time.

Biggest Disappointment:  Everything Together, in which everything patently wasn’t together.

And so that’s about it I suppose.  Again a big thank you to Spank, for organising a lot of this stuff, and also for putting up with our incoherent ramblings on his website.  See you all next year. 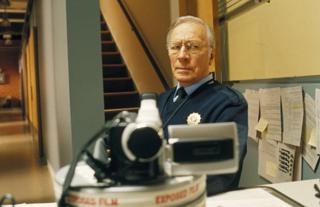 As I type this, I'm looking at a pile of fifty-one used LFF 2002 tickets. I'll say that again: fifty-one, which is an all-time record for me. And yet, I feel annoyed that I didn't go that extra yard and buy fifty-two tickets, which would have allowed me to write my end-of-festival summary in the style of T. Texas Tyler's The Deck Of Cards.

I also feel annoyed that for all those films I saw, there weren't that many great ones this year. When I went into work on the Monday after all this was over and people asked me "so, what was good, then?", there weren't many films that immediately leapt to mind. No real surprises, either: nothing that sounded merely intriguing in the programme, but blew your socks off when you actually watched it.

It's a bit of a struggle to come up with my usual top five list, but here goes. In no particular order, apart from the first one: Ararat, A Chinese Odyssey 2002, Lilya 4-Ever, The Other Side Of The Bed, and The Rules Of Attraction. Close runners-up include City Of God, which wowed me so much on first viewing that I'm suspicious that it's just surface wow, and want to see it again: Bowling For Columbine, a great documentary in a festival full of very good ones: and both Real Women Have Curves and Bonanza, which are the closest we got this year to those little surprises I mentioned earlier.

As for the stinkers, again in no particular order except for the first one: Blissfully Yours, Some Day In The Future, Auto Focus, Public Toilet and El Bonaerense.  (I slept through the first half of Blissfully Yours, while The BBG slept through the second half: and even when we pooled our stories afterwards, it still didn't make any bloody sense.)

As ever, it all ends with an epic set of acknowledgements. Thanks to Sandra, Adrian and the LFF team for organising it all (but try to make an effort at next year's Surprise Film intro, woman). Thanks to this year's reviewing staff: The Belated Birthday Girl, The Cineaste and The Suzanne Vega Fanclub, only one of whom will be paid in sexual favours for their contribution. Thanks to the rest of Spank's Pals who came along for the ride: Anna, Corinne, Denise, Des, Jon, Lee, Lesley, Nick, Old Lag, Sylvia, and Grizelda who dropped out at the last minute because of a cold again. Big up to da FU Massive: FilmFan, RichardM, Datta, kd, djo1 and all the rest. Hi to mob61uk and everyone else at londonfilmbuffs, who've been reading these reviews as part of some sort of cultural exchange programme. And no thanks to the Hand And Racquet, whose position as the Official Pub Of Spank's LFF Diary has been jeopardised by their policy of sacking all their good bar staff and replacing them with twats.

So that's it for another year. Thanks to all of you who've been hanging on throughout the two and a half weeks of this epic tale of traffic cone players, sex-crazed sitcom stars, pikey kings, toilet gods and fellating dogs. And in case you were wondering, friends, this story is true. I know... I was that soldier. Being a monkey, and all.