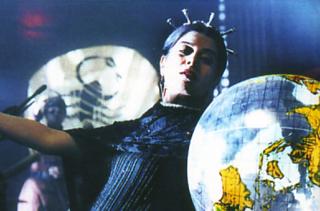 After yesterday's In The Forest... Again, which was a half-hearted mix of classical Indian cinema and Bollywood commercialism, comes something a little closer to what we'd expect from the latter. Plus, y'know, for kids. A long time ago, scientist Aghor Sen invented a machine which could make people fall asleep instantly using only the power of sound waves. But his secret has been locked away for 150 years in Sen's underground laboratory, until Dr Bhootnath (Joy Sengupta) discovers the plans for the device and makes them public in a lecture. Unfortunately, when mad princess Begum (Mita Vasisht) hears about it she realises its potential as a weapon to help her take over the world. She sends out her goons to locate and retrieve the device, with the unwilling aid of Dr Bhootnath. Caught in the middle of all this are young Kartik (Sourav Banerjee), who's just moved into Sen's old house with his uncle: a troupe of actors trying to put on a play: and a space alien called Vik.

You find yourself continually making allowances for Abhijit Chaudhuri's film: "after all, it's just a kids' movie." But then you remember that nowadays, children's films are so good that you shouldn't be making those sorts of allowances any more. Part of the problem is that to Western audiences, the comedy in Bollywood films seems pretty broad already: when it's broadened even further for a juvenile audience, the results can sometimes be hard to watch. Mind you, I can imagine children really loving the deliberately annoying bits, like the repeated trademark sounds associated with Begum's goons (one talks like Donald Duck, a second has an array of cellphones and pagers going off all the time, and the third is continually playing the most hellish-sounding video game in the world).

The standard Bollywood tropes are all present and correct: wildly melodramatic characters (I had a real fondness for Begum's mania by the end), lurid colour schemes, and a song every twenty minutes or so. The songs are passable enough, though the decision to subtitle them in rhyming couplets was a bad one. (The worst example involves a character with the evil eye known to all as 'Mr Unlucky', who for the purposes of his song has to call everybody he talks to 'ducky', making him sound like a cursed John Inman.) But you'd expect a Bollywood science-fiction film for children to be overflowing with imagination, and in the end The Underground Chamber doesn't have enough ideas or enthusiasm on that score. 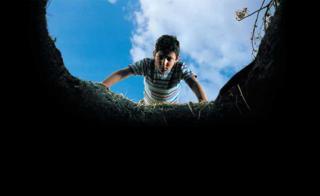 Michele (Giuseppe Cristiano) is a ten-year-old boy living in rural southern Italy in the mid-seventies. Life is an endless series of games with his friends, chasing each other through golden cornfields in brilliant sunlight. He couldn't be happier. And then one day he discovers another ten-year-old boy trapped inside a deep hole in the ground. And, more alarmingly, he finds out how he got there.

Gabriele Salvatores was last at the LFF in 2000 with Teeth: this is quite different from that wildly impressionistic piece, but if anything is even better. A key factor in the film's success is Italo Petriccione's subtly inventive camerawork: flying wildly through the cornfields during the early carefree scenes, weirdly focussing on small elements in the frame during the creepy scenes in the underground prison, carefully positioned at child's-eye height throughout to bring us closer to Michele's view of the world. This isn't just a cameraman showing off, the photography is an integral part of the storytelling.

The script cunningly plays off the paranoia that ten-year-old boys start to develop about the world in general and their families in particular. (Or was that just me? Maybe it's a Catholic thing, I dunno.) As the film develops, it's careful to not portray the moral dilemmas faced by Michele and his family in simple black and white terms, making you feel even more for the young boy's confusion. And the performances are universally excellent, particularly those of the children. Unlike Teeth, this film is getting a UK release after the festival, and is worth tracking down. 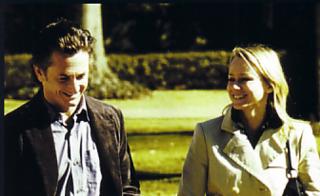 At the start of 21 Grams (though 'start' is a tricky concept to pin down in a film like this one), we're introduced to three characters. Paul (Sean Penn) is at death's door with a heart condition. Christina (Naomi Watts) is happily married with two kids. Jack (Benicio del Toro) is an ex-con who's discovered God. They aren't connected in any way at all: as in Alejandro González Iñárritu's earlier film Amores Perros, it takes the unexpected violence of a car crash to bring them all together, and lead the audience into a series of reflections on how people cope with loss.

For the first forty minutes or so, this is stunning. Guillermo Arriaga's script is not so much fragmented, as pulverised and reassembled at the atomic level. It opens with a torrent of apparently unrelated scenes of no more than one or two shots, and the audience is immediately forced to pay attention and start reassembling the movie in their own heads. Once it becomes apparent how the three main characters are linked, it's still very very good, but...

...but I'm a bit wary of fragmented narratives after the 2001 festival. Films like Mulholland Drive and Sex And Lucia blew me away completely on a first viewing, but second time round it became apparent that in both cases, the structure was the key point of interest. Once you'd cracked that, the pleasures of both films were greatly reduced. At this distance, I really can't say if that'll be the case with 21 Grams: maybe I'll have a better idea after VidBinge 2004.

Despite those qualms, there's a hell of a lot to love here: from the script's structure, to the three main performances (Naomi Watts in particular is on career-best form), plus excellent support from the likes of Homicide's Melissa Leo as Jack's wife Marianne, and British actor Eddie Marsan as his spiritual advisor. If there's a sole weak link, it's Charlotte Gainsbourg's performance as Paul's English wife Mary, a stunningly wooden affair that should be ashamed to be sharing screen time with the otherwise magnificent cast. Apart from that blip, this will deservedly be the film that breaks Iñárritu out of the arthouses and into the big time. 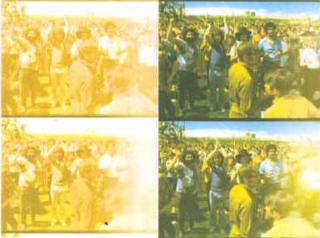 After The Belated Birthday Girl's unpleasant experience at 21 Grams, involving an audience member we shall only refer to here as That Fat Water-Stealing Fuck In Seat W1, she was all for going home early and missing this late-night screening. "Let's stay," I suggested. "We can stay out late just like the young people do." Which is why we spent late Friday night locked in a room with several hundred fifty-year-old hippies, obviously. (Plus it meant we got to see our favourite LFF employee, The Low-Fat Version Of Morrissey, in his first movie introduction of this festival.)

If the CIA had wanted to destabilise the hippy youth of America in 1970, a single train bomb would have done the job. Because in June of that year, some of the biggest names in American music - Janis Joplin, The Grateful Dead, The Band and many more - spent a week travelling on a customised train, stopping off along the way to play three Canadian music festivals. A film crew followed the train and the concerts, shooting 46 hours of footage: but it's only now that director Bob Smeaton has pieced it together as a movie, adding new interviews with the musicians who are still alive today.

Music documentaries are always better if they've got an underlying narrative, and Festival Express has all the stories you could possibly need. For one thing, this all happened shortly after Woodstock, so each concert was met by fans causing riots as they demanded the music should be free (the demands grew to include free food and free dope later in the tour). For another thing, all those musicians locked on a train for a couple of days at a time meant that some spectacular collaborations and jam sessions ensued, some of which make it into the movie. Not to mention that despite their collective experience of acid and reefer, this was the first time many of these people had seen a free bar. The pissed-up, ramshackle, glorious rendition of Ain't No More Cane  performed on the train is testament to this.

And all that aside, the concert footage is rather fine as well: the film's been kept in incredibly good nick, and benefits from a loud and up-front Dolby Digital remix. Smeaton occasionally falls back on the old Woodstock cliches - split screens, unco-ordinated freaks dancing, and so on - but they were the cliches of the time when it was filmed, so he can't be blamed for that. And the interviewees provide some much-needed perspective from 33 years later. The promoter's summary of where he went wrong sums it all up: "the problem was, I gave people too much, and they didn't really deserve it. But I'm thinking of doing it again..."