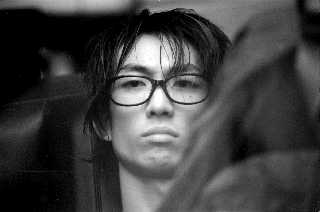 The history of Hong Kong cinema is riddled with badly chosen Christian names. For every Lee Jun Fan who's changed his name to Bruce Lee for the English speaking market, there are examples like Casanova Wong, Elvis Tsui and Noodle Cheng that show how not to do it. The most recent addition to these ranks is director Fruit Chan, whose 1997 film Made In Hong Kong got a limited release in the UK earlier this year. It took the familiar theme of teenage gang violence but added social commentary on the problems of being a teenager in pre-handover HK, resulting in something like a Ken Loach film but with more meat cleaver fights.

In synopsis, The Longest Summer seems like an ideal opportunity for a similar mixture of social comment and action. At the end of March 1997, three months before the handover of Hong Kong to Chinese rule, the British army disbanded the HK Military Service Corps, a security force made up of Chinese soldiers. We follow a group of unemployed former HKMSC troops as they take on a series of dead-end jobs to get by, until one of them comes up with an idea: if they're such a well-organised combat unit, why don't they rob a bank?

For the first hour or so, Chan's film works just the way you hoped it would, apart from a couple of ill-advised attempts at comedy (notably a scene where a schoolgirl is thrown off the top of a moving double-decker bus for a laugh). A typical genre plot (in which one of a pair of brothers entices the other one into a life of crime) is bolstered by sharply written discussions on what will happen to Hong Kong post handover. "We'll be a Special Administrative Region, an SAR. Add HK to that and what do you get? SHARK!" There's some really effective use of contemporary footage of the handover ceremonies: mixed in with a voyeuristic, fly-on-the-wall style for the dramatic scenes, it brings a true sense of realism to the proceedings.

Then halfway through the movie, the robbery takes place. It's a success - though not in the way they expect - but you know that the gang's new found riches can only bring them grief. At this point the story starts rambling appallingly as it meanders towards the inevitable retribution, only perking up for a scene of extraordinary hyper-violence at the end. So, The Longest Summer can only be considered half a success: but if you hang around for the final frames, a combination of some archive footage, a chance gust of wind and some timely freeze-framing proves once and for all what the Scots Guards wear under their kilts. 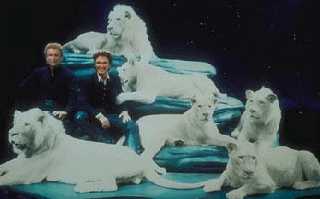 It's the British premiere of Mike Leigh's Topsy Turvy tonight. One of this country's most highly respected directors, personally introducing one of the hottest hits from this year's Cannes festival. Meanwhile, I'm on the other side of town voluntarily watching an IMAX 3-D documentary about Siegfried and Roy instead. Am I mental? Well, regular Filthadelphia correspondent Carole doesn't seem to think so. "You are doing the right thing by going for S+R. I missed their show in Vegas but I saw the set up, photos etc. and it looked great. There was a joke circulating at the menswear show I was attending. Something about those Siberian tigers being more pussy than they could handle..."

Director Brett Leonard was there to give a fairly comprehensive introduction to his oeuvre to date, from the cheapo virtual reality thrillers The Lawnmower Man and Virtuosity to his recent work in IMAX 3-D, which he considers to be the closest thing to virtual reality commercially available today. After a fun-looking trailer for his earlier 3-D Jurassic Park ripoff T-Rex: Back To The Cretaceous, it was straight on to The Magic Box, featuring the magicians that Leonard considers to be "the most popular entertainers on earth ever" - a reputation they've achieved on the basis of a couple of decades worth of high tech, high tack, permanently sold out magic spectaculars on the Vegas circuit.

The film's a cross between highlights of Siegfried and Roy's stage act (shot with no frills in single takes) and a massively romanticised version of their life story. We see them both as teenagers - Siegfried learning the power of magic and determined to perfect his craft: Roy, er, fooling around with animals a lot. Their stories are told in parallel in a brilliantly stylised pop-up book setting, with stage machinery creaking away at the edge of the shot and CGI scenery flying in and out behind the actors as required.

As a movie The Magic Box is as cheesy as a cheese shop actually constructed out of cheese, but I'm sure nobody will go into this film expecting anything less. As a big dumb old IMAX 3-D spectacle, it also has its limitations: unlike the pin-sharp images of Across The Sea Of Time, this film suffers from occasional image ghosting and a few stretches of 2-D cheating. But the computer generated stuff is pure eye candy to look at, the sequences of Roy's animal sanctuary give you some breathtaking 3-D closeups of his white tigers, and during the magic scenes you catch yourself trying to look around the props to spot the trick.

Brett Leonard's post-screening Q&A was fascinating, not so much for the audience questions (lots of dull stuff about the software and editing techniques used) but for Leonard's theories of where he can go with the IMAX 3-D format from here. He feels that IMAX 2-D is all about trying to dwarf the viewer with sheer scale, whereas the 3-D format can be used to draw the viewer into the action for a more intimate experience: he insists a great IMAX 3-D movie could be made by just sticking a single actor on stage and filming him talking to camera, so he's giving a performance a few feet away from the face of every single person in the audience.

Leonard combines an obvious love of the technology with a desire to push it into new areas, and it'll be interesting to see where he goes next. And I loved his diplomatic answer to a cheeky audience question on whether Siegfried and Roy are, well, you know: "They're soulmates. That's all they've ever said they are. Their relationship is far more exotic than anything you can imagine."

Old Lag - Like a lot of bright colours in film, which are often absent, and this had it in spades. Marvellous sets, brilliant acting from a large cast even in small roles. Portraying a diverse and interesting crowd of people some of whose biographies were known, some not. Mike Leigh was right to bring the large cast on stage at this premier. The Gilbert/Sullivan/D'Oyly Carte machine was a very well oiled and effective one. It was interesting to see how it operated in bringing about the production of The Mikado, and how it dealt with problems, and how the diverse characters worked together with relative ease. Too tired really to follow it as much as I would like, and want to see it again. Ken was looking very breezy and maybe can say more. Funnily enough it did not seem particularly long at 3 hours!

Ken - A film about Gilbert & Sullivan might not be to everyone's taste, but the LFF British Gala was well worth seeing for anyone with even a passing interest. I don't know Gilbert & Sullivan well enough to know if the film is historically accurate, but it portrays how The Mikado came into being. Jim Broadbent is the embarrassed to be successful Gilbert, and Allan Corduner the sickly yet womanising Sullivan.Timothy Spall gives a fine performance as the actor who plays the lead in The Mikado, and there are scene stealing performances from the handy pocket sized actress Shirley Henderson. She was overheard to be telling a friend after the film that Mike Leigh has asked her to be in another of his films. The film is 160 minutes long, but keeps the audience attention so well that it doesn't drag at all.  Many popular and some very obscure G&S numbers are included. Most of the cast showed up for the performance but due to other commitments neither of the two main stars could be present.