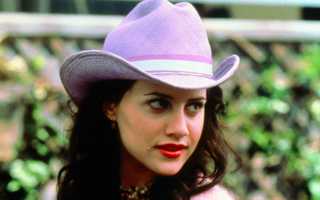 When it comes to reassessing once-great directors after a major career mistake, I'm generally a forgiving and compassionate australopithicine. This time last year I saw Wayne Wang's Anywhere But Here at the LFF, even though his previous work Chinese Box was a piece of cack: and it was nice to see him redeem himself. This year it's Alan Rudolph who finds himself in a similar situation, as the DVD of his last film Breakfast Of Champions sits in my collection like a turd in a swimming pool. Kurt Vonnegut's novel has always been considered unfilmable, and Rudolph went to enormous lengths to conclusively prove this: Vonnegut's third-person narration was an integral part of the book, and removing it just caused the whole piece to fall apart.

Trixie, however, is something approaching a return to form for Alan Rudolph: romantic and quirky like all his best work, although the balance between the two is still a little too heavy on the quirk. Trixie Zurbo (Emily Watson) is a security guard who talks almost entirely in malapropisms: it may have something to do with an incident during her childhood when she was "hit on the head with a bowling ball and woke up unconscious". Her current assignment involves working nights at a casino, where she takes an interest in the casino owner's gofer, Dex Lang (Dermot Mulroney). Pretty soon they're both embroiled in a plot involving Senator Avery (Nick Nolte), some dodgy property dealings and an even dodgier videotape. With the aid of her new-found friends from the casino, Kirk (Nathan Lane) and Ruby (Brittany Murphy), Trixie has only a short time to try and solve the mystery: after all, there's a risk that "someone could end up being murdered... and die."

The comedy element of this comedy-thriller comes almost entirely from Trixie's spectacular destruction of the English language: it's the sort of verbal knockabout stuff that I love, but I can see how some people could find it wearing over an entire movie. After a while, you find yourself mentally filtering out all but the most outrageous lines, and start to appreciate how everyone Trixie meets is infected by her verbal dyslexia after talking to her for a few minutes. An extended conversation between Trixie and the Senator is a particular delight on that score. As a thriller, it's rather lacking in suspense (you know from the start that Trixie's just one of those people that nothing particularly bad ever happens to), but the investigation does take a couple of interesting twists en route to its conclusion.

Emily Watson is, as she says herself, ravishing in the title role. ("I'm ravishing. Where's the food?") Trixie may be innocent about the ways of the world, but there's a real intelligence and determination under all the verbal fluffs. Rudolph gets this across using that extraordinarily transparent quality that Watson displays in her best work. (It's the way that Lars von Trier all but raped that quality in Breaking The Waves that makes me hate that film so much.) There's solid support from Rudolph regular Nick Nolte, plus an intriguing turn from Brittany Murphy: she starts off doing her bimbo airhead schtick that was so intensely annoying in Drive, but she moves the character along carefully as the film progresses. Rudolph isn't quite forgiven for Breakfast Of Champions yet, but this'll help him on the way. 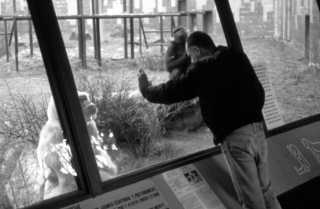 With over 200 films on offer in the LFF, people often ask me how on earth I choose which ones to see. Well, sometimes you just go with what you know: directors, actors and genres that have interested you in the past. Other times, you take the opposite approach: grab the opportunity to catch films of a type you've never seen before, and which may never be seen in this country again outside of a festival environment. And sometimes, you just end up seeing a film because it's got the word "monkeys" in the title. Shallow? Moi?

Showing as part of the LFF's Experimenta strand, Joaquín Jordá and Núria Villazán's film is a documentary on the life of Portugese Nobel Prize winner Egas Moniz. In the 1930s, Moniz became aware of the experiments of the American biologist Fulton, in which the aggressive tendencies of monkeys were removed by brain surgery. (The Becky of the title was the first monkey to be successfully operated on in this way.) Moniz' subsequent work was two-fold: firstly to identify those areas of the brain which were responsible for anti-social tendencies, and secondly to pioneer the surgical technique of lobotomy to cure these tendencies in human schizophrenics. He got the Nobel Prize in 1947 for this work, and his picture still appears on Portugese banknotes. The filmmakers' approach to depicting Moniz' life is a somewhat freewheeling one, mixing newsreel footage, interviews with scientists, a short tour of the Moniz Museum, and slightly camp filmed reconstructions of key moments in the man's life.

The main part of the movie, however, is based around the inmates of a Barcelona psychiatric hospital, and their attempts to put on a play about the life of Moniz. This sounds like the most horrifically exploitative approach possible, but you'd be wrong. We meet these people initially as they visit the Barcelona Zoo to look at the monkeys, and only gradually find out where they've come from. We watch as they go through the rehearsal process, lucidly discussing the ethics of Moniz' work. They reveal a lot about their lives prior to entering the hospital, and the various treatments they're currently undergoing. The actor who is to play Moniz himself appears to have been brought in from outside, but it eventually turns out that he's even closer to this material than the others.

The various strands in Monkeys As Becky complement each other beautifully. One of the scientists interviewed suggests that only having one word for the concept of 'life' is a major part of the problem. The Greeks had two: zoe, meaning simple raw existence on the planet, and bios, meaning the quality of what a person achieves and feels during that existence. His point is that the technique of lobotomy preserves zoe, but at the expense of bios. This is illustrated magnificently by the simple act of watching the patients as they work on their Moniz play. As we come to know them better as human beings, it's obvious that a simplistic mechanical approach to their problems - described memorably by one doctor as being the equivalent of jamming an apple corer into someone's head and scooping out the bits you don't want - isn't going to solve anything. A thoughtful and provocative work: hopefully someone here will pick it up for a TV screening soon. Since childhood, two enormous front teeth have left Antonio (Sergio Rubini) with a terminal case of Minnie Mouse Syndrome: he's fucking goofy. His incredible incisors have deformed his face and affected his relationships with women. It's somewhat galling, therefore, when he finds out that his current girlfriend Mara (Anita Caprioli) has been sleeping with her dentist behind his back. During an argument about this, she smacks him in the gob with an ashtray and chips his front teeth. Antonio runs from one dentist to another in Naples trying to find someone who can fix his teeth once and for all. As the dentists become more and more disreputable and he's dosed up with more and more painkillers, Antonio enters a hallucinatory state where he's forced to reassess his previous relationships with women and dentists, and exorcise some old ghosts once and for all.

Director Gabriele Salvatores made an interesting point at the start. All of the internationally popular Italian films of recent years have been set in the past: Cinema Paradiso, Life Is Beautiful, Il Postino, and his own Oscar-winning Mediterraneo. Teeth, among other things, is an attempt to drag Italian cinema into the present. It's certainly got an incredibly visceral quality that'll stop anyone mistaking it for a period piece. Think of all the most horrible teeth-related scenes in movies you know - Marathon Man, American History X - and Teeth has scenes that build on the horrors depicted in them, while coming up with wholly new ones you'd never even thought of. This film will change the relationship you have with your mouth for at least a couple of hours after seeing it.

Thankfully, it's not all sadistic dentists and close-up drilling: Salvatores insists that there's only 80 seconds of what he calls "hard-core dentistry" in the film. The main purpose of these scenes is to get Antonio into a sufficiently disorientated state of mind to allow him to consider what he's done with his life and where he's going. The film uses a whole battery of visual devices to depict this, resulting in a clever study about the nature of memory and the tendency of men to obsess over their mothers. Good stuff, if you can take it.

Old Lag - Oooh! I do love a spunky leading lady, and Trudy (Flora Montgomery) in Roddy Doyle's When Brendan Met Trudy had it in spades. Her film partner Brendan (Peter Macdonald) plays an introverted lonely teacher. The film is about their romance and adventures. Roddy Doyle said at question time that because the film was born as a script rather than a constraining novel, he could afford to be slightly insane. This did not matter for a romantic comedy, where the love drug is slightly insane any way. Thought the film would run out of steam at the 3/4 point, but surprisingly it capped itself and had a frivolous ending to boot. The audience thought it was really good and so it was. Spank no doubt will find something to criticise! [Cheeky get. I'm seeing it Wednesday, so I'll let you know - Spank]