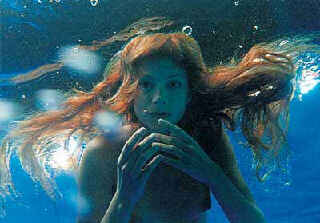 It's difficult to spot any particular trends this year, apart from the obvious one: American filmmakers pulling out of their festival appearances at the last minute. But as I've said all along, all the more reason to celebrate those who did make it over, notably Ed Harris and John Lasseter. And Kevin Spacey, who gloriously took time out during his Closing Gala speech to rip the piss out of those of his fellow countrymen who hadn't made it over.

As for the films themselves, this was a difficult festival to pin down. One of the major trends noticeable in the past few years has been the rise of East Asian cinema: but there wasn't much to shout about this year, except perhaps for Lan Yu. The use of digital technology continues to increase, but mainly for material that's destined for television (The Battle Of Orgreave). One of the few certainties appears to be that British cinema will continue to flail around in a morass of moderately stylish direction and crap scripts.

And interestingly, of the five best films I saw this year, the top three were in Spanish. Here's my top five:

As for the bottom three...

As ever, huge numbers of people are to be acknowledged. Thanks to Adrian Wootton, Sandra Hebron and all the crew who keep the LFF running smoothly, especially Richard Mann, Andrew Kay and the staff of the Odeon West End. Big thanks to all of Spank's Pals who contributed reviews this year (The Cineaste, Old Lag, SeaPea, Lee, Nico and Rob D), and only slightly reduced thanks to all the others who came along to films (Lesley, Jon, Anna, Pat, Diane and the Suzanne Vega Fanclub). Finally, a big shout out to da Film Unlimited posse, now officially too big to mention individually by name: special thanks to RichardM for metering the buzz, FilmFan for breaking and entering, and The Belated Birthday Girl for her immoral support.

To finish up, an apology to Lesley. I may have given the impression in my Ten Days Without Love review that I introduced her to the work of Miguel Albaladejo, and she wants me to point out that in fact, she's been there ever since his first film. Though Lesley is prepared to go on record and admit that I taught her everything she knows about Chinese cinema. It may seem like a small point to you, but it's important to me. Being a monkey, and all. 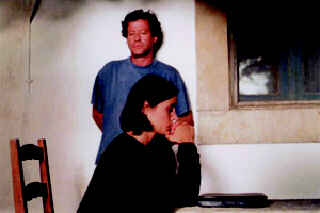 Overall I thoroughly enjoyed this festival.  Quite pleasantly surprised that, despite buying all my tickets on the day, there was only one film I couldn’t get into (and I won’t bore you by going there again).

Generally I thought that the standard of films I watched was very high.  I watched 31, about 25 more than usual, with only one really big disappointment.

I made it a policy not to see films which I knew were going to come out on general release, in order to squeeze in that additional quirky eastern European number, so from my best film lists some obvious contenders will be missing for this reason.

As regards best and worst lists, since I did see mercifully few bad films, instead I’ll do a sort of classification of best films.

So I suppose that’s about it really.  I’d just like to say a very big thank you to Spank for all the time and effort he’s put into organising all this - well done.  And a word of commendation to Lee and Nico, for having the guts to put their own names (just about) to their reviews, rather than hiding behind the convenient wall of anonymity like the rest of us. [What about Rob D, then? - Spank] 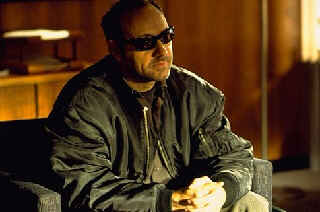 I have to admit, the LFF is not one of my favourite events. When I reviewed The Cat's Meow earlier in the Festival, I suggested there were probably only twenty films worth seeing in any festival: and I finally saw one, with K-PAX on the last night.

Now this is something of a rarity: a hugely enjoyable film put on by the LFF months before its UK release. Similar in pace and structure to American Beauty, which also starred Kevin Spacey, we also have something of a collector's item: a movie in which Jeff Bridges is required to act. Not since Jagged Edge over ten years ago has Bridges reached these heights, and he seizes his part with relish.

I am not going to give away too much about the film, other than to say it is a bit like One Flew Over The Cuckoo's Nest with an extraterrestrial. Jeff Bridges plays the doctor, Spacey the patient. But the clever bit is how the director Iain Softley widens the action from the closeted scenes in the hospital to a startling discovery in the wilds of Arizona. The film is enhanced with some sublime art direction, and does not suffer from the stageiness that hampered the Mendes film. It was great to see Iain Softley, Kevin Spacey and Jeff Bridges at the Closing Gala (all poking fun at the non-attendees at the festival), and I had my picture taken with Kylie in the foyer. A night to remember.

K-PAX saved my festival. The problems are apparent in Spank's Diary: Old Lag and Spank having very different views about the same films. So unless you knew what Spank likes or Old Lag likes (beer and fags mostly), you were stuffed. A big welcome to the Diary to The Cineaste, who made some astute observations. But can I correct one thing: the LFF is a very poor relation to Edinburgh, which is by far the premier event.

Spank has been his usual monkey self, even going to the totally discredited event that is the Surprise Film. I was almost tempted to go this year, as my money was on The Deep End, but of course Adrian put paid to that with the usual crap. Talking of The Deep End, it was a staggering omission from the Festival (and a film Edinburgh had in August). A real surprise film would have been the other Tilda Swinton film from this year, Vanilla Sky. But London apparently never gets any surprises.

Interestingly, my two favourite plays of the year (The Shape Of Things and Far Side Of The Moon) were both by filmmakers. Neil LaBute has something interesting to say in both theatre and film: not sure about Robert LePage, but Far Side was staggeringly good. Spank made the observation that David Mamet (another filmmaker/playwright) only tries to entertain with his film work (he failed miserably with Heist) and puts his intellectual ideas into his plays. Why is that? (Spank, please discuss!)

My favourite comment comes from Spank, that our favourite films are heavily influenced by our state of mind at the time. Hence his was Apocalypse Now when he was a fresher monkey, while mine was The Sound Of Music as a change from the beatings at the sadomasochistic clubs. You really are a sage monkey sometimes, Spank. And with so few bad monkey habits.

Enjoyed the festival and meeting the FUers. Do not think it was a vintage year unless my picking was particularly bad.

I've got an hour while my gel runs so I might as well tell you about my last film of the festival: A Tender Place.

At three hours 20 minutes long a marathon or the best value in the film festival depending on your point of view. The length was explained by the director in the Q&A afterwards - the film was originally screened on Japanese TV in 2 parts and he wanted time to explore the emotional depth of the characters. A woman is having an affair with an important client in her husband's design firm. The 2 couples go to the country for a weekend where the womans 5 year old daughter disappears. The emotional hook here is that she's just said to her lover that she would give up her children to be with him.

Needless to say she is devasted. The affair rapidly falls apart and gradually the relationships of the 2 married couples. The narrative flow of the first part is a little shaky and disjointed and I found my attention wandering at times but the last section of the film was compelling. This is set 4 years later and the woman still continues her search pestering anyone and everyone for information. Her husband is at the end of his tether so she goes on alone. She meets up with an ex policeman who is dying of stomach cancer and wants something to do with his time. Together they re-examine the place, the evidence and the witnesses. Three possible explanations for the girls disappearance are put forward but it's impossible to know which if any of them is true. The woman herself is a runaway severing all family contact when she was 18 but now she tracks down her mother. Re-establishing this relationship and the death of the policeman helps the woman come to terms with the disappearance and likely death of her daughter. So now she can move on with her life.

One surprising thing came out in the Q&A. The lead actress used to be Japan's number one male impersonator in the musical comedy drama, a genre composed of an all female cast.

I forgot to thank you for the 'Row A' seat for Metropolis; thanks for asking, the migrane is now beginning to wear off.

Well, this was my first ever LFF.  I attended a total of 35 events - and yes, I've kept the tickets -  including two Guardian interviews and one "masterclass", which I don't think is a bad tally for a first time!  Here's a few high- and low-lights of the just-over-a-fortnight (well, of the bits fit for public consumption).

As I have nothing to compare to, I can't really say whether this was
a good or bad festival, but overall I certainly wasn't disappointed, and
will look forward to future years - who knows, maybe there will be a decent
Surprise Film another time!