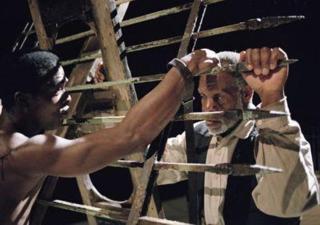 My Festival film of the favourite (or something like that):

Finally many thanks to Old Lag, Lesley and Spank for getting me all my tickets (by next year I may decide that the NFT has served its suspension), and also to Spank for only editing one of my reviews. [You do realise I only edited that Manderlay review so that it didn't spunk away the entire plot for everyone else, right?)- Spank] 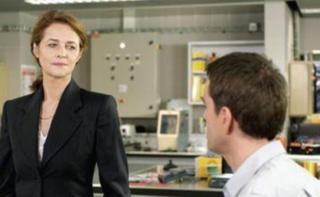 So that was another festival then. I saw fewer films than I intended to, so I can't really make any authoritative judgements on the whole show, but two particular things I do find bizarre: why do the organisers insist on using a number of out-of-town cinemas for (typically) just two or three screenings? And secondly it strikes me as odd to screen films when they get a commercial release immediately after the festival has ended.

As for the films I did see: three (all very different) which really did stand out for me were Lemming, a classy noirish thriller; Tapas, a worthy addition to the cheeky Spanish comedy genre; and A Twist of Faith, a very worthy addition to the everything's-not-sweetness-and-light-in-the-history-of-the-Catholic-church genre. The one real turkey was Sud Express, where whatever storyline there may originally have been got derailed and hit the buffers.

So au revoir til next year, huge thanks as ever to Spank for putting up with my incoherent reviews, and see you all again next year. Mwa mwa - being a luvvie, 'n all. 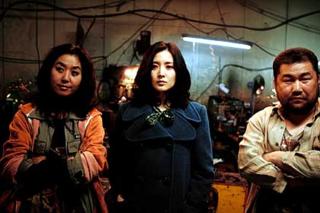 In some ways, a slightly underwhelming festival this year. Maybe my choices were too safe, or maybe I've just got too used to the festival for it to excite me the way it did in my first few years attending (not that I've been going that long), but there really was very little I saw which made me want to rush out and tell everyone about it. My top films will all get wide release, some of them very soon (or already). There were no little gems which outshone the big stars. Several films (Election, Spying Cam) started very promisingly, but seemed to lose their way, while others (Burnt Out, Almost Brothers) never quite promised as much, but worked on that level for their running time. Other films (Linda, Linda, Linda, The Wendell Baker Story) were likeable, but not starting any fires. Certainly there were almost no out-and-out stinkers - probably only Carousel had nothing at all I could find to recommend in it - and there were plenty of films with enough interest that their filmmakers ought to be worth looking out for. And looking on the bright side, it's encouraging that the big films picked by the Festival programmers, or at least the ones I saw, were of such a high standard.

For me personally, the Japanese representation was very disappointing. There were only 4 Japanese films in this year's festival, and I saw them all, but none of them really set anything alight. Blood and Bones, which I'd seen before (in an unsubtitled version), was the best of the bunch, but although the performances were good, it was overlong and difficult to actually like, and I've already said how disappointing Takeshis' was. Linda, Linda, Linda had its charms and led me to seek out and buy some original Blue Hearts music on CD - but I can't see why people were raving about it. And The Soup One Morning was OK, but didn't really do very much. Of course, my other biggest disappointment about the Japanese films, as previously mentioned, was the absence of a Miike film. But certainly the Koreans made a far better contribution to this year's festival, supplying probably the best film (Sympathy for Lady Vengeance) and several others which were well worth catching (Blood Rain, Spying Cam, Shin Sung-il is Lost, If You Were Me 2).

I wouldn't want anyone to get the impression that I didn't enjoy my festival: I did, and I saw some very good films, and enjoyed seeing the filmmakers in the Q&A sessions and interviews. Most of the films I saw were at least watchable, and of the 35 films and 3 talks which I saw, any which didn't make it onto the best/worst/meh lists above I liked to some extent, and some of them quite a bit - I just can't list everything. And, as ever, there were films I would dearly loved to fit in, but couldn't, and maybe some of those were the gems I am missing... 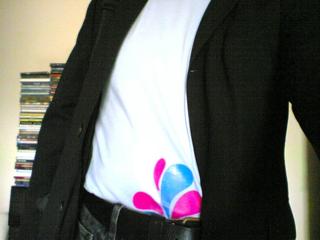 For once, I'll take issue with Suze's fashionable pessimism, and suggest that I don't think I saw anything out-and-out bad at this year's London Film Festival. The most common failing was overlength, more than anything else. Mrs Henderson Presents, Takeshis', Shin Sung-Il Is Lost and They Came Back were probably the weakest four, and all of them had the makings of a great short film within them - the problem was seeing a limited number of ideas being stretched out to feature length, more than they probably deserved. (None of which explains the mysterious alchemy behind Ten Skies, which had precisely one idea and sustained it beautifully for 100 minutes.)

So when forced to narrow down this year's selection to five films that provided what Warren Ellis calls "the full head tingle", I'd go for ones that managed to keep interest going for their entire running time. In alphabetical order:

The usual thanks are due, as always at this time of year. Thanks to Sandra Hebron and all her LFF staff, just in case any of them might be reading [winks outrageously to camera]. Big thanks to The Belated Birthday Girl, Stuart Pearce Fanclub and The Cineaste for contributing reviews: smaller thanks to Rose, Old Lag, Lesley, John and Anna for coming along too. Cheers to the FU mob, even though I barely post there any more. And finally, a look of utter confusion to the makers of the official LFF 2005 t-shirt. The psychedelic camera design is all well and good, but on the larger versions it's printed too far down the shirt: so when you tuck it into your trousers, it looks like you're ejaculating in Technicolor. As much as I enjoy the London Film Festival every year, I'm not sure that's the sort of image I want to project to the world. Being a monkey, and all.