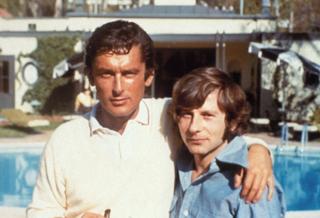 It's always a problem when you're making an historical documentary: what happens if you don't have enough original movie footage to cover your needs, and have to rely on still pictures? How do you make that cinematically interesting, rather than the movie equivalent of being forced to look at someone's photo album? The best approach I've seen in years was that of the skateboarding flick Dogtown And Z-Boys, which took several hundred stills of skateboarders and then passed them to a psychopathic rostrum cameraman, who used a battery of whip pans and crash zooms to magic them into life. The technique used in The Kid Stays In The Picture is more subtle but equally effective: it takes a selection of archive photos of Robert Evans and his celebrity pals and digitally separates them out into planes of movement, giving a strange 2.5-D look to them.

It helps that they're fascinating photos, because Robert Evans had a lot of celebrity pals. Brett Morgen and Nanette Burstein's documentary uses Evans' autobiography (with copious readings from the man himself) as the basis for an investigation into one of the last great movie moguls. Evans started in Hollywood after a lucky poolside discovery that launched him into a short acting career (mercifully short, if the clips are to be believed), but within a few years he'd decided that moving into production was the way to go. By the early 70s he'd become head of production at Paramount, and had made it the leading studio with a string of classic pictures: Rosemary's Baby, Love Story, The Godfather, Chinatown. But as so often happens, sex, drugs and murder were to take their toll on his career.

On paper, this shouldn't work. It's the talking book of The Kid Stays In The Picture, illustrated with some gimmicked-up stills, a camera crawl through his lovely Beverly Hills home, a couple of old interviews and the barest minimum of clips from the movies themselves. And yet it still manages to be cinematic, mainly because this is such a great story: given the faceless men in suits who run studios nowadays, it's nice to hear about an old-fashioned megalomaniac producer of the old school. It never pretends to be anything other than Evans' view of events, so sometimes you may take issue with him claiming primary responsibility for his successes: but it's all part of the film's charm. And there are a couple of lovely moments to finish it all off - a title card triumphantly proclaiming his most recent blockbusters, which include, er, Sliver and The Saint: and a glorious outtake from the set of Marathon Man featuring Dustin Hoffman's impersonation of its producer. 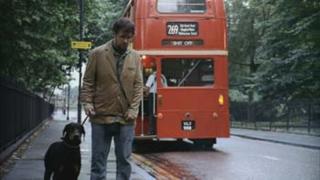 Some of the films that I've seen this festival have had shorts playing with them, and for the most part I've not bothered telling you about them. But this one is different, and not just because I nearly ran into the back of its director while in the foyer of the Odeon West End. I've raved about the work of Chris Morris in the past, most notably his surreal late-night radio freakout Blue Jam. Since I wrote about the show back in 1999, a number of attempts have been made to translate the format into visual media: Etcetera Theatre made a brave stab at a stage adaptation, while Morris himself tried to recreate the show on TV in Jam.

My Wrongs is Morris' first attempt at writing and directing a short film, and it's also based on Blue Jam material: a twelve-minute monologue about a somewhat unstable man (Paddy Considine) being tormented by a talking dog called Rothko. (If you're interested to hear what the original sounded like, the good people at Cook'd And Bomb'd have it available as an 8.5Mb MP3 download [dead link].) And it's a pleasure to announce that he's finally found a way of making this stuff work visually. The problem with Jam was that all too frequently, it reused the soundtrack of its radio source and just added pictures as an afterthought: here, the storytelling carefully mixes the visual and the verbal as necessary. Morris resists the temptation to just hurl bizarre and distorted imagery at us as he did in Jam (apart from a slightly overwrought childhood flashback), instead carefully keeping the visuals mundane with the occasional alarming twist. The Great Paddy Considine does his usual magnificent work in the lead, contributing to the overall feel of paranoia without ever sacrificing the laughs: and in case you were wondering, there are a lot of laughs here. I said nearly four years ago that the short stories in Blue Jam were some of Morris' finest work: if he were to make a future career out of recycling them into films as good as this, I don't think I'd complain. 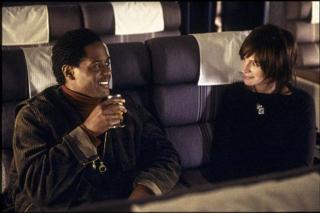 My Wrongs 8245-8249 And 117 was showing as the supporting short to Full Frontal, which may have confused some people who came in late and missed Depressed Irish Guy's introduction. They'd certainly have been confused by the main film's opening titles, which insist that we're watching an anonymous-looking romantic comedy called Rendezvous. In fact, what we get are lushly filmed sequences from that movie interspersed with the grainy footage of a day in the lives of a number of LA meeja types, culminating in a party which will involve some of the people involved in Rendezvous. We meet Carl (David Hyde Pierce), the co-writer of the film, who's having marital problems with studio executive Lee (Catherine Keener): Carl's former colleague, working on his own stage play about Hitler, The Sound And The Fuhrer: Lee's sister Linda (Mary McCormack), a masseuse to the stars: and last but not least Francesca and Calvin (Julia Roberts and Blair Underwood), the stars of Rendezvous. Or are they actually Julia Roberts and Blair Underwood?

In its fly-on-the-wall observation, its coarsely bitchy satire on Hollywood mores, and even its use of a masseur as a key character, Steven Soderbergh's film feels a bit like Mike Figgis' Timecode, except with editing. It doesn't have any great insights into these people, but writer Coleman Hough would probably on this evidence suggest that there aren't any insights to be had in the first place. But if you're in the mood for a film that plays around a little with various levels of reality, while throwing in a lot of in-jokes for movie buffs (the Terence Stamp cameo is priceless), there's a lot of fun to be had here. Some people have suggested that the ramshackle nature of this film recalls Soderbergh's earlier Schizopolis, but I don't see it myself: that may be true if you're talking about the looseness of the camerawork and the editing, but as far as the script goes this is as tightly structured as Traffic. 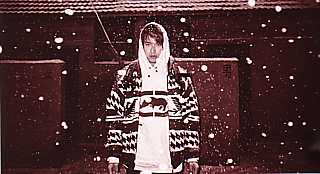 Dong Dong (Tsuyoshi Abe) was abandoned by his mother in a public bog, and has been affectionately known as 'God Of Toilets' ever since: to this day, he still lives near the toilet where he was found. When both his adopted grandma and his best friend's little brother fall ill, Dong Dong and his friends go off in search of some sort of miracle cure. From here the film sprawls out alarmingly - to Korea, where a cute female sea creature is lured out of the ocean by the sight of a portaloo: to India, where the nature of life and death are discussed: to New York, where Dong Dong gets involved with a hitman: and to Hong Kong, where a second God Of Toilets is discovered.

Fruit Chan - and yes, I had a good giggle about the name back in 1999 - used to be renowned in Hong Kong for making films that addressed political issues within entertaining genre frameworks. So I'm not quite sure how he came to be making films like this. It's hard to know how to react: the story's all over the place, but it knows that it is, and you suspect that may be part of the point. The wide-ranging locations mean there's always something new and interesting to look at, and there are some quirky humorous bits scattered around, mainly to do with Pooing And Weeing Customs Of Foreign Lands. Plus there's a fabulous shot of an octopus climbing into a fishtank and attacking some crabs. Public Toilet definitely has its moments: it's just a shame it didn't have more of them.

The Cineaste - This was a competent and engrossing spectacle.  It looked at the quite tempestuous and destructive love affair between one of Italy’s most noted poetesses in the early part of the 20th century (Sibilla Aleramo), and a younger poet who was a slightly unstable character (Dino Campana).  I’m usually a bit wary of period pieces - the starched, forced, stuffiness of Merchant Ivory doesn’t do anything for me - but this was quite different, a lively, flowing engaging film.

The actual development of the storyline wobbled a little bit at times.  The director tries to give us a glimpse of Sibilla’s rather impetuous personality with flashbacks to family difficulties in her childhood years, and at time it’s a little bit confusing.  The film starts with Sibilla receiving a poem through the post from Dino which she’s so impressed with, that she decides on the spot to leave her husband and young son and go to live with Dino.  But the whole spectacle was pleasant to watch, and gave a good impression.  We see Sibilla with her sisters, discussing her current situation.  And we see her affair with Dino developing, as they get to know each other, as well as his more unpredictable and occasionally violent personality.  The acting was powerful and very creditworthy.  A commendable effort without being a masterpiece.

The Belated Birthday Girl - Apparently some people have been saying this is awful.  The Time Out reviewer has certainly been very sniffy about it.  But I found Full Frontal great fun, cheeky and entertaining.  Soderbergh here gives us a film within a film within a film, opening on interviews with the actors in character talking about their and others' characters, and then heads straight into the opening credits for the film being made.  The multiple layers work well, with the pseudo-documentary style for the "outer" layer, through to the cinematic style for the "innermost" layer.  All the performances are excellent - Soderbergh seems to be the director who can get Julia Roberts to act, and David Hyde-Pierce was a real treat - and the story is occasionally moving but mostly just very funny as it unfolds.  I'm sure nothing deep was going on here, but I really didn't care.  Soderbergh famously laid out ten rules for anyone wanting to be in the film (which we had read out to us before the screening), the last being that everyone should have fun whether they like it or not.  Well, my guess is that they did, and I certainly did too.