The Unpleasant Lair Of Spank The Monkey first appeared on the internet 24 years ago today, on July 14th, 1998. Alarmingly, anyone who was born on that day probably won't have the faintest idea what's going on in this video. Sigh.

Anyway, thanks to all of you out there still reading, no matter how many of those 24 years you've been here for. Shall we see if we can make it through to the full quarter-century?

Playgrounds Will Laugh If You Try To Ask "Is It Cool?"

Well, anyone who's ever owned the Jackie Brown soundtrack album probably saw this one coming. Although the YouTube video linked to in the previous sentence gets the title wrong, which is understandable when the phrase 'strawberry letter 22' occurs twice in the lyrics. In case you hadn't worked it out, the song itself is the Strawberry Letter 23 of the title. Aaaaahh.

Anyway, for those of you who don't know what's going on here: The Unpleasant Lair Of Spank The Monkey first appeared on the internet 23 years ago today, on July 14th, 1998. Happy birthday to me, and thanks to all of you who've put up with this nonsense for any length of time during that period.

Next year should be easier, I think. In the meantime, thank yourselves lucky I didn't go for one of the musical settings of the 23rd Psalm. (Okay, there's one that could have worked, but nobody seems to have put the final scene of The Wicker Man on YouTube.)

Continue reading "Playgrounds Will Laugh If You Try To Ask "Is It Cool?"" »

22: The Death Of All The Romance

Well, this is awkward. For two reasons, in fact.

First reason: having committed myself to a song that I haven't heard in over a decade, it turns out I don't like it very much. Or, more accurately, the bit I like is from 3' 45" to the end, once they've all stopped singing. I'm lumbered with this dull video of the album cover because the official video is of the radio edit which stops before the coda, and all the full-length live renditions on YouTube have been filmed on analog telephones, judging from their sound quality. (The other alternative would have been to go with 22 Grand Job by the Rakes, but the video for that's problematic ay eff.)

Second reason: I needed a song with 22 in the title to help me announce that The Unpleasant Lair Of Spank The Monkey first appeared on the internet on July 14th 1998, which is 22 years ago today. It launched with a review of one of my favourite comics at the time, Transmetropolitan by Warren Ellis and Darick Robertson. And by pure coincidence, yesterday (July 13th 2020) saw the launch of a new website called So Many Of Us, an extraordinary piece of work in which dozens of women share their stories of how Ellis has abused and manipulated them over two decades or more. I guess I'm not so disappointed these days that he blocked me on Twitter.

All of this is rather grim, which makes the transition into this next bit a grinder of a gear change, but here goes: today is this site's 22nd birthday! Hooray! As The Belated Birthday Girl keeps telling me, she can think of very few commercial websites that have been around as long as this one, so I suppose this counts as some sort of achievement. Thanks to all of you who've hung around this long, and still seem to be somehow enjoying it.

Right, that's that out of the way. Now I guess I've got 365 days to find a better song with the number 23 in the title.

Continue reading "22: The Death Of All The Romance" » 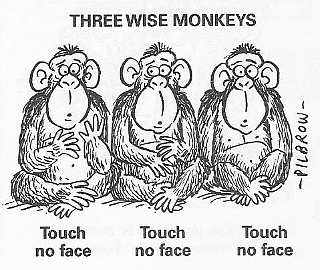 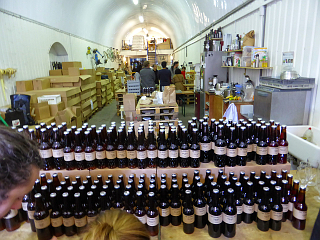 At the time I sent that tweet to Michael Legge, I was referring to this song. But now there's another one. It's become a genre!

Season's greetings to all of you from myself, The Belated Birthday Girl and this year's Christmas song suppliers, Jonnie Common and Bec Hill.

Wasn't Really Sure What Was Going On

The Unpleasant Lair Of Spank The Monkey first appeared on the internet 19 years ago today, on July 14th, 1998, setting out its stall with a post about Warren Ellis' Transmetropolitan because it gave me an excuse to swear a bit. Nineteen years later, Ellis has written an animated series that's just debuted worldwide on Netflix, and I'm still finding excuses to swear in my own fetid corner of the internet. Best not to think about it, really.

Anyway, it's the traditional site birthday post, so happy birthday to me, and thanks to all of you out there reading, no matter how much of the ride you've been along for. This time next year, the site will be 20 years old: maybe I should start thinking about what happens then?

Continue reading "Wasn't Really Sure What Was Going On" » 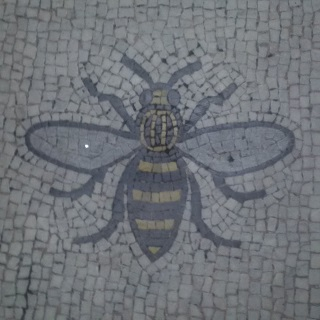 There's an unspoken subtext to my latest MostlyFilm piece, a roundup of things I saw at the 2017 Manchester International Festival. Our visit took place nearly two months after the bombing at the Manchester Arena. It made me rather proud of the city of my birth, seeing the way people came together in reaction to the atrocity. And there are still signs of that all over the city today: the 'WE ❤ MCR' banners hanging off every vertical surface in town (as seen at the top of the MostlyFilm article), along with the frequent use of the city's bee symbol. (The example here has been on the floor of the town hall for countless years, but it's the best picture I have.)

We were only there for a weekend, catching six different MIF events (seven if you count the computer game), and spending any time we had in between them in many of our old favourite haunts. A couple of new ones were added to the list this time: breakfast at Evelyn's Cafe & Bar (which was Superstore when we visited it last), and dinner at Bundobust (having enjoyed the Leeds branch so much last Easter).

As for the shows, the MostlyFilm piece will tell you most of what you need to know, but I've also got some video trailers and clips here for those of you hungry for Red Button Bonus Content.